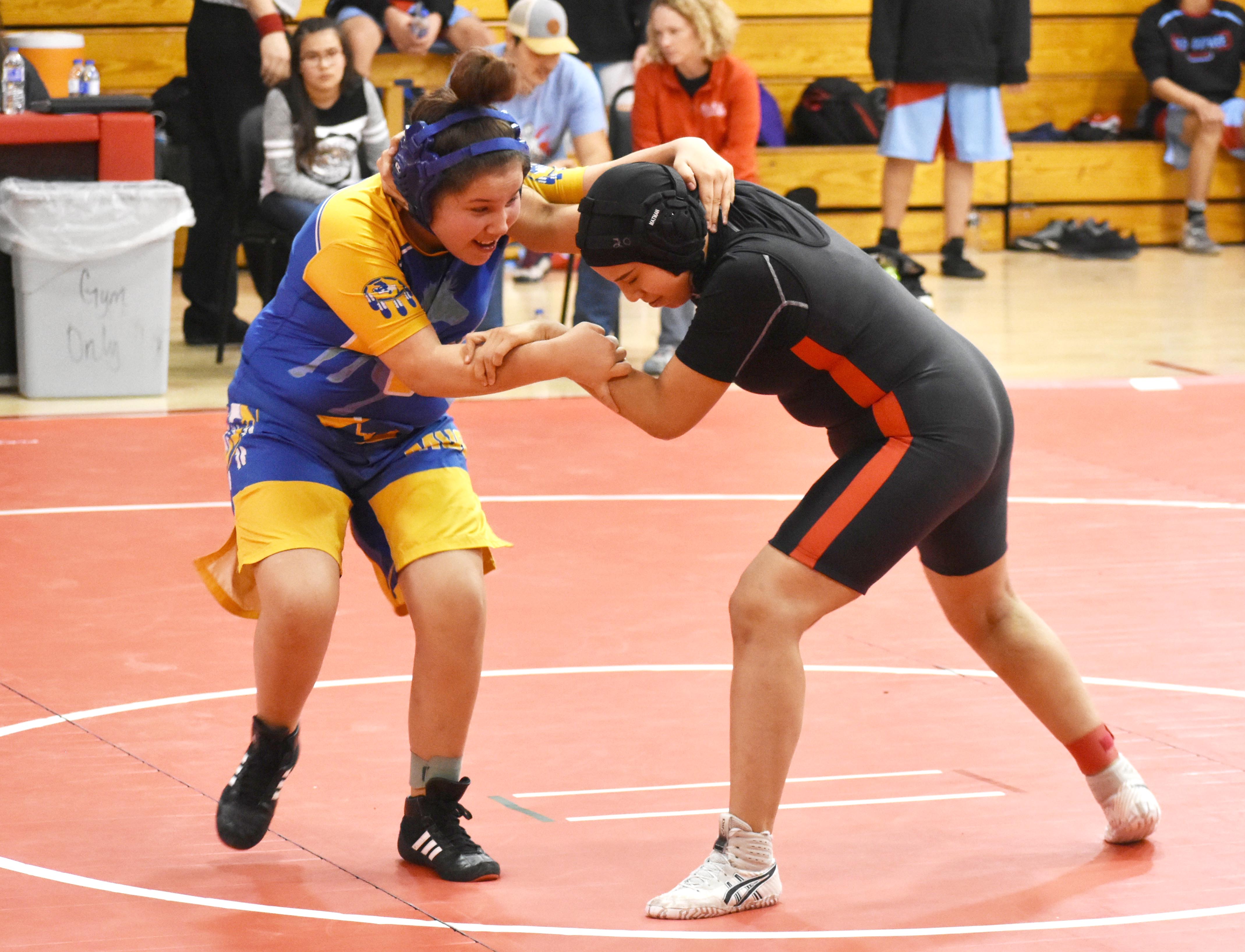 Next year will likely see the start of SDHSAA-sanctioned girls’ wrestling in South Dakota schools. The first reading approving the new sport was taken Tuesday by the South Dakota High School Activities Association’s board of directors.

Meeting via teleconference, the board acted on the first reading of a variety of recommendations for changes to the SDHSAA Athletics Handbook that came out of the annual meeting of the state’s athletic directors.

In the case of girls’ wrestling, the board agreed to follow a pattern established in Missouri that provides four weight classes for girls’ wrestling at the state tournament. The sport would be integrated into schools based on the interest shown in each school district.

The vote by athletic directors was 91-10 in favor of adding girls’ wrestling.

The board sent a proposal to change to a five-class system in football back to the football advisory committee after some questions were raised about the amount of input that went into the proposal.

As proposed, the five-class system would include:

• 11AA—the nine largest schools according to male-only average daily membership as well as Sioux Falls O’Gorman which always seeks to be classified with larger schools. Teams would play a nine-game season leading to an eight-team postseason.

• 11A—the next largest 16 schools which would play a nine-game season leading to an eight-team postseason.

• 11B—all remaining schools with a male-only ADM of 56.001 and greater. They would play an eight-game schedule leading to a 16-team postseason.

• 9A—the top half of all nine-man teams as determined by male-only ADM playing an eight-game season leading to a 16-team postseason.

One of the school officials testifying against the classification proposal was Belle Fourche Athletic Director Adam Nowowiejski. “There’s just too much disparity between the top and bottom,” Nowowiejski said, noting the range in the number of students eligible to go out for football in the biggest schools in a division versus the smallest schools in the division.

Board member Brian Maher of Sioux Falls offered a motion to have SDHSAA staff reconvene the football advisory committee and work on a new five-class system for football. The new proposal should be ready for the board’s June meeting. Maher’s motion was favored on a 7-1 vote.

The extra days are not mandatory. The changes came because coaches said they wanted more practice opportunities to safely prepare athletes for their first contests.

The board approved the change in the first allowable practice dates despite criticism of the change from administrators representing Black Hills schools.

Steve Morford of Spearfish noted that the Black Hills Motorcycle Rally starts on Aug. 7, making it particularly tough for schools to hold practices due to all the traffic and the need for students to work during the rally.

“A large number of our athletes have rally jobs,” according to Sturgis Activities Director Todd Palmer. “Having a week of missed practice would set us back tremendously.”

SDHSAA Assistant Executive Director John Krogstrand said one coach had raised the issue that there are complaints from the Black Hills schools about an early start for football practices during the rally, but never any word of complaint from other fall sports like soccer, golf, and tennis.

The board decided to heed the athletic directors’ wishes when it came to a proposal that would have changed soccer to a spring sport. Athletic dwirectors voted against that proposal 7-25.

The change was proposed because some schools have said they won’t add soccer because their student-athletes are already busy with other fall sports.

While athletic directors were split on the subject, the board voted in favor of adding the javelin as a standard Class AA event in the spring of 2021. Schools have seen an increasing demand for throwing the javelin when they compete with North Dakota schools.

Krogstrand used the Lemmon School District as an example, saying it needs to offer the javelin as an event in order to get North Dakota schools to compete at its meets. Lemmon athletes may be interested in the event, after watching other athletes throw the javelin.

“Here’s a way of bringing it in and seeing how it goes,” Krogstrand said.

SDHSAA rules would allow the use of rubber-tipped, nonmetallic javelins. Athletic directors were in favor of the proposal on a vote of 68-40.

Athletic directors didn’t favor the change on a vote of 63-64 but the board approved the change unanimously.

Athletic directors and the SDHSAA board were in favor of a major change to the state track meet. The board approved changing the meet so that it would be held over three days at just one site. Currently the state meet is held at multiple sites over two days.

The change would take effect in the spring of 2022 with a committee appointed to figure out the logistics of setting up the three-day tournament during the coming school year.

“In terms of facilities, I’d be concerned that we’d be doing justice to our kids and coaches,” Bauer said.

Because the change wouldn’t take place until 2022, there is time to address facility concerns, Krogstrand said.

“We’ve got a good amount of time to figure out those very specific capacity questions,” Krogstrand said.

Athletic directors were in favor of the change on a vote of 77-62 and the board approved the change unanimously.

A second reading of the changes will take place at the board’s June meeting.