For the love of the game: Spotlight on Russell Benoist

In these parts, Russell Benoist is a legend in the softball world. For 37 years he has been announcing ball games on Cheyenne River, including the softball tournaments during the annual CRST Fair and Rodeo.

According to Benoist, he started out playing fast pitch in Lake Andes while his wife attended college in Huron. The game took him on many adventures, even as far as Oakland, California in 1962 where he played fast pitch with Bernie In the Woods. 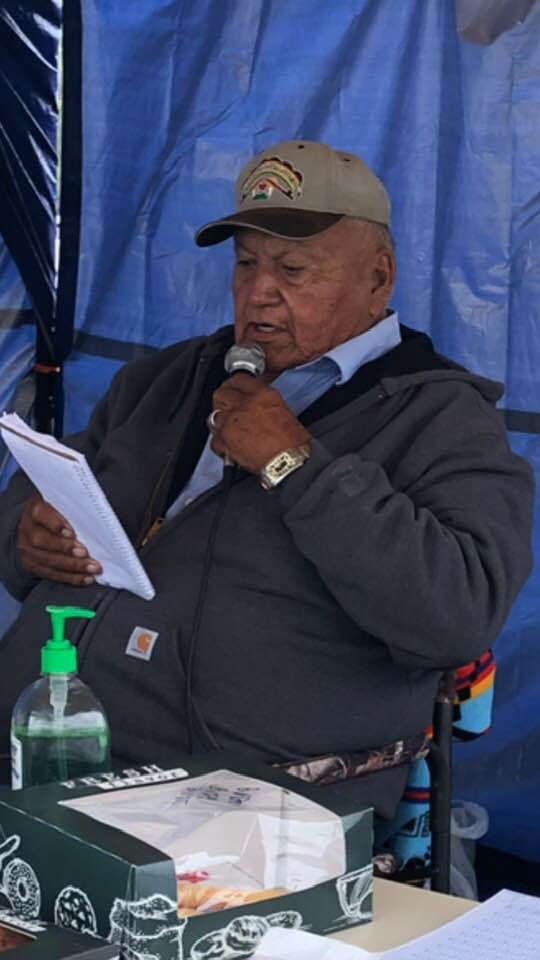 Throughout his career, Benoist has made many friends with both players and spectators alike. According to Benoist, he enjoys his work on the softball trail, especially the socializing and sportsmanship aspects of it.

Another thing Benoist says is he looks forward to is seeing older competitors playing the game and how the interest the younger players have for the sport.

The love for softball is a Benoist family affair- his own sons, Allen, Nate and Marc have not only competed in slow pitch tourneys for many years, Benoist says he has the support of his sons, daughters, and takojas, who oftentimes assist him with equipment and help make him comfortable each day of the tournament.

His main supporter, who he spent 59 years of marriage with, was his wife, Cordelia, who passed away in October 2018. You never saw one without the other, and if they were ever apart, it wasn’t for very long. According to Benoist, his family and community continues to support him year after year, through the loss and mourning.

Benoist is a very humble and quiet man and has earned the respect and admiration of many in the community. Many players and spectators within the softball world look forward to hearing his voice, which creates an exciting atmosphere at ball games.

It is also easy to see his love and dedication to the sport through the many hours he volunteers preparing and maintaining softball fields, resulting in healthy fields which lead to safer games for the players.

Benoist is hopeful for the future of softball on Cheyenne River, and dreams that one day a sports complex will be built to not only expand the game but will serve as a place where the younger generation can start their athletic journey.