Jessie Cook was beaten to death near the water tower 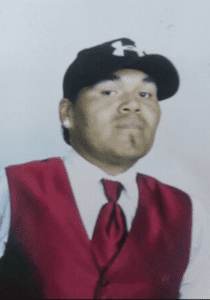 The FBI has increased the reward money in the murder investigation of Jessie Wallace Cook, 32, of Cheyenne River. The reward doubled and is now $10,000 for information leading to the arrest and conviction of the perpetrators.

According to the FBI, Cook was found on the ground, unresponsive, near the water tower on the corner of Willow Street and Highway 212 in Eagle Butte on October 29, 2016. He was pronounced dead shortly after.

Cook’s father, M. Jay Cook, says his son used to hang out with friends around the water tower and went there that night. His body was found early in the morning on a Saturday. The autopsy showed the cause of death was blunt force injury to the head. The finding was consistent with the severe facial damage observed when he was found.

M. Jay went to the scene to identify the body of his son and, although the police encouraged him to stay at a distance, he wanted to see where his son had been killed. The memory of the light rain and cold morning is still clear in his mind. He forced himself to approach where his son’s body lay and to uncover his face, which was black and blue from the beating.

According to Cook, there has been a string of violent incidents involving harassment, theft and beatings in the time leading up to the murder of his son.

Cook encourages anyone who has memories of that time that could help to please call the FBI. He says the delay in getting information to the FBI is very upsetting and frustrating. Cook’s message to those who might know something is, “Don’t be scared. Call the FBI number and relay your information to them. And whoever’s threatening you, I would like to know.”

If you have information related to the case, please call the FBI’s Minneapolis Field Office at (763) 569-8000.

The West River Eagle has established an email for tips related to the case: tipsatwestrivereagle@protonmail.com. The email address is encrypted in order to keep information confidential. Any tips received at will be shared with the FBI.

Trying to reinvigorate the case 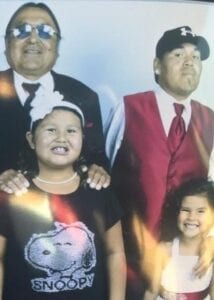 Jessie (R) at his brother Bear Cook’s wedding in 2015. His father M Jay Cook (L) has his hands on the shoulders of Jessie’s daughter Precious (L).

The FBI has increased the reward money in hopes that someone with information about that night will come forward. Public Relations Officer Kevin Smith of the Minneapolis Field Office says, “We’re trying to reinvigorate interest in this crime so we can find the perpetrators and get justice for that family.”

Officer Smith says, “It’s a terrible thing, when a family member is killed somehow and there is not closure. We at the FBI want to bring closure to every case to bring peace to the families. And that’s what we’re trying to do here.”

This case has taken longer than usual, causing frustration for the FBI and grief for the family. Officer Smith said some cases take longer because there are few to no witnesses; no one wants to talk about it; or there is rumor and innuendo with little evidence. Those kinds of cases take longer.

Smith emphasized that anyone who might come forward with not be in trouble. They will be helping the case. Any information given will be used appropriately to build the case. The identity of those who help will be shielded appropriately and only used as needed. No piece of information is too small.

Resilience runs in the family

Jessie, whose Lakota name was Waŋblí Glešká/Spotted Eagle, and his older brother Jason “Bear” Cook were raised by their dad, M. Jay Cook. Now M. Jay is a single parent again — raising Jessie’s daughter, Precious. Precious was ten years old when her dad was killed. She already lost her mom, Martha Fast Eagle, when she was eight months old.

Beadwork by Jessie Cook made for his infant daughter, Precious, before his death. Photo courtesy of M. Jay Cook.

After Fast Eagle’s passing, Jessie was a very active parent. He took the infant Precious all over town in her stroller. He was known for getting along with all sorts of people. He was a talented artist who did beadwork to sell. M. Jay only has two pieces of Jessie’s work left; a tiny moccasin made for Precious and a small turtle.

Precious is the thing that keeps M. Jay going. In the years since the murder, he has worked to understand trauma and to learn acceptance. His intention has been to put his anger aside and use it to attain something positive. When asked what he has done with that energy since the death of his son, his answer is instantaneous: raising Precious.

Precious received her Lakota name, Waŋblí Glešká Wiŋ/Spotted Eagle Woman, in a ceremony 11 months after her father’s death. The ceremony was a time of healing for the family and an opportunity for the oyate to pray for peace of mind as she grew into a young woman. It was also a way to honor Jessie, who wanted his daughter to share his Lakota name. Jessie was an enrolled member of the Cheyenne River nation and Martha’s parents came from Pine Ridge and Standing Rock, so Precious bears a lot of Lakota heritage. 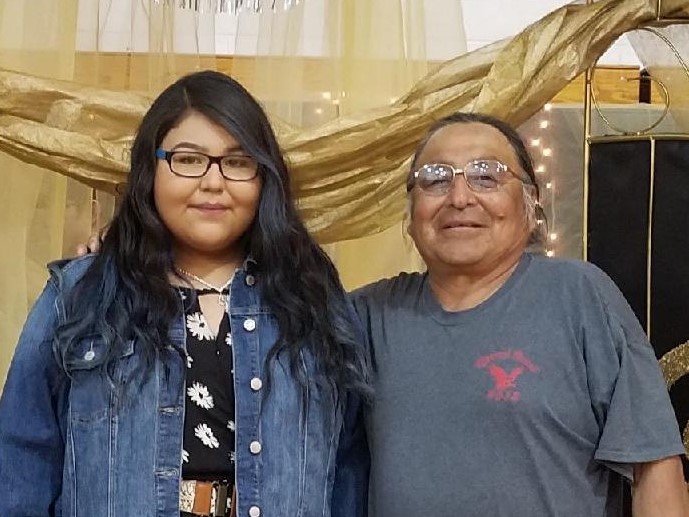 Jessie’s daughter Precious, all grown up, with her grandfather M. Jay Cook.

Now almost 15, Precious has inherited a creative spirit from both her parents. In grade school she was an avid baker, taking treats to her classmates. Then her cooking turned more adventurous and she made slime to sell at school. As a teen she took up beadwork. She makes earrings and decorates outfits for dance competitions. She competed in shawl dancing, then jingle dancing. Now she is a traditional dancer. In August 2019 she came in second in the Teen Girl’s Traditional dance at the Cherry Creek wačípi.

A time of healing at Očéti

At the time of the murder, Precious, Jessie and M. Jay were living together in Eagle Butte during the week, while she and M. Jay spent their weekends at the Očéti Šakówiŋ camp. Precious was the first to show interest in participating at Očéti that August. It was her love of camp that kept her and her grandfather going back every weekend in the fall of 2016. when police came to their door early on that Saturday morning they had not yet left for their campsite.

As much as the memory of the death is clear in his mind, so is the healing of their time at Očéti. Cook says the time there changed both his outlook and Precious’. The feeling of unity and peace is one he will always remember. “The feeling of being at peace with mother nature, and the river being there, and the land and sleeping on the ground, campfire wood burning and smelling that wood smoke,” recalls, saying, “We were all one at the start.”

Editor’s Note: The West River Eagle would like to apologize to the family of Jessie Wallace Cook for its failure to report on the murder when it first occurred in 2016.