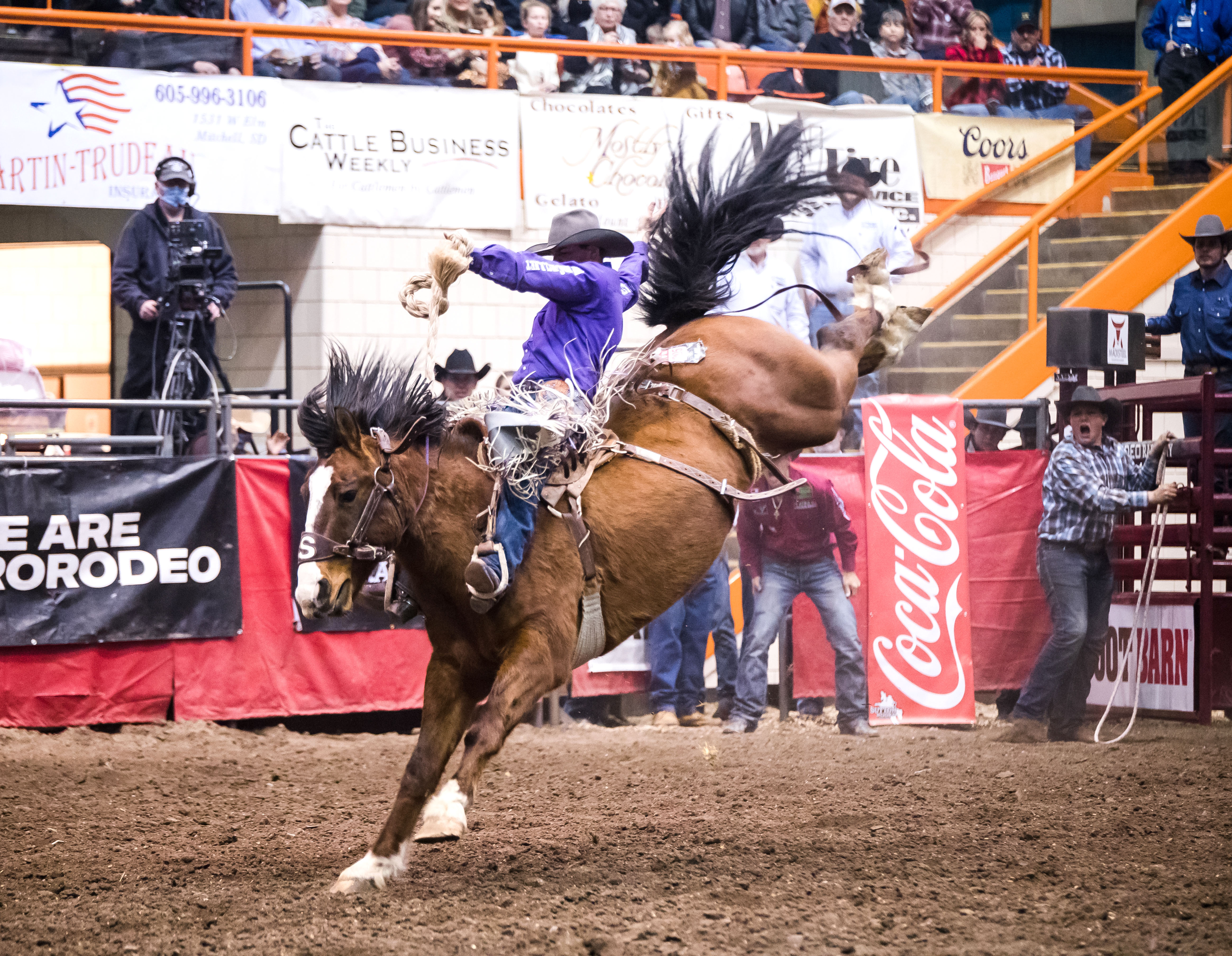 PRCA cowboy Shorty Garrett of Eagle Butte captivates the crowd with his record-breaking 90.5 ride this past February at the Rapid City PRCA Rodeo. Garrett is ranked 5th in the PRCA world standings as of June 24, having earned $47,360 so far this year. At the PRCA Match Xtreme Bronc Ride in Jordan, Montana, Shorty tied for seventh in first round, but then won the finals with an 87-point ride, earning him a total of $3,173.