Each wrestler placed in their respective weight classes, with first place awarded a trophy, and medals given to those who placed 2nd-5th. 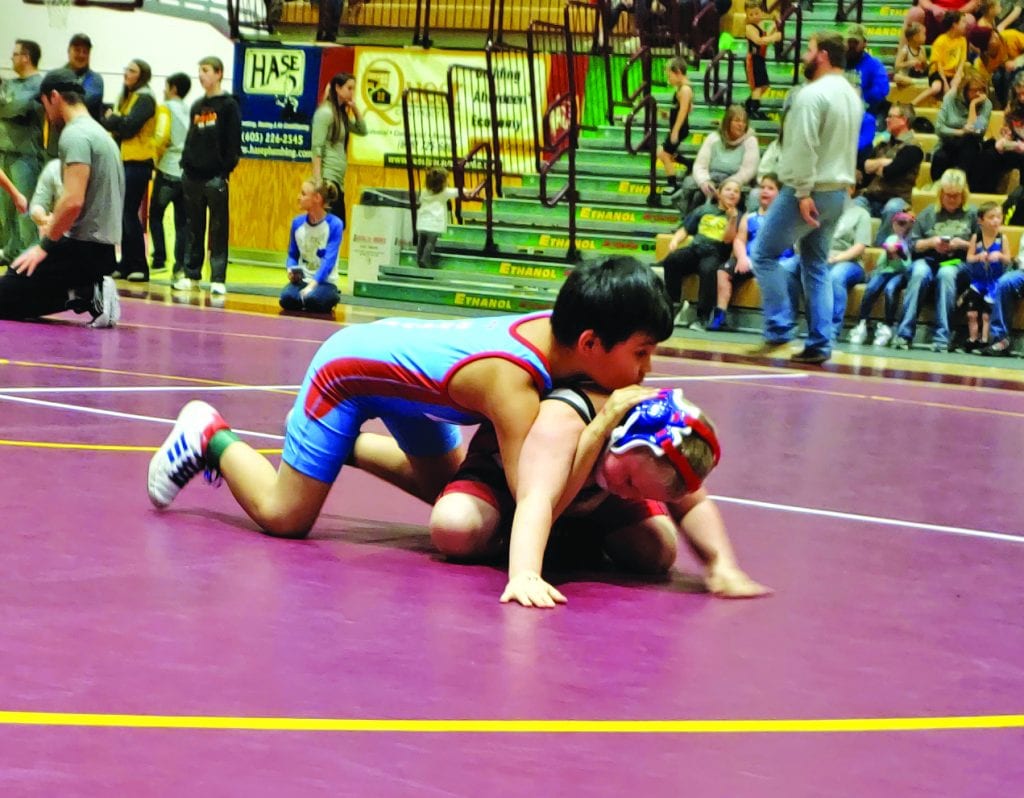 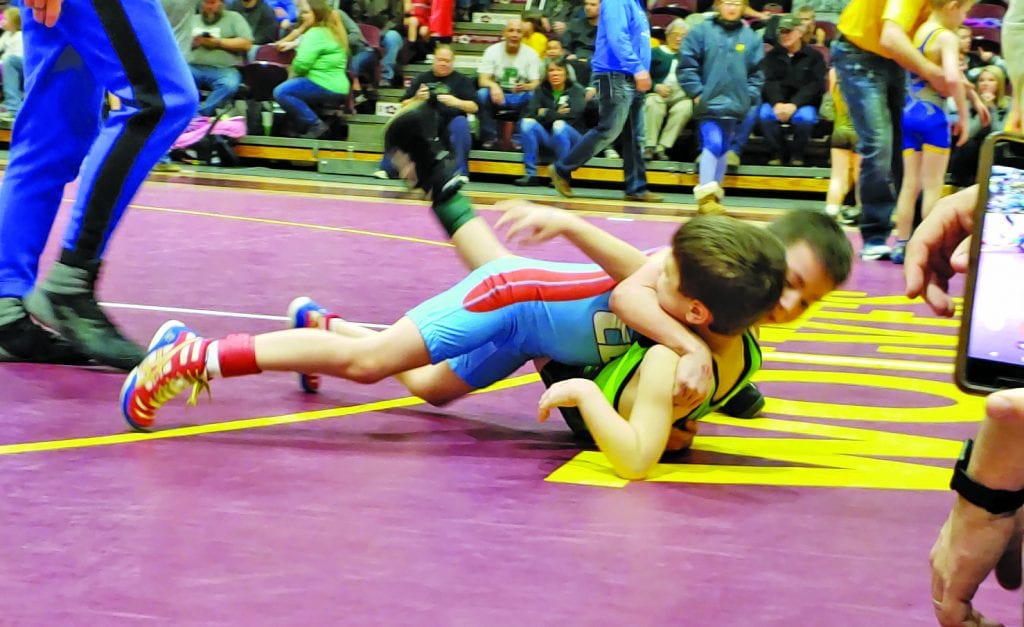 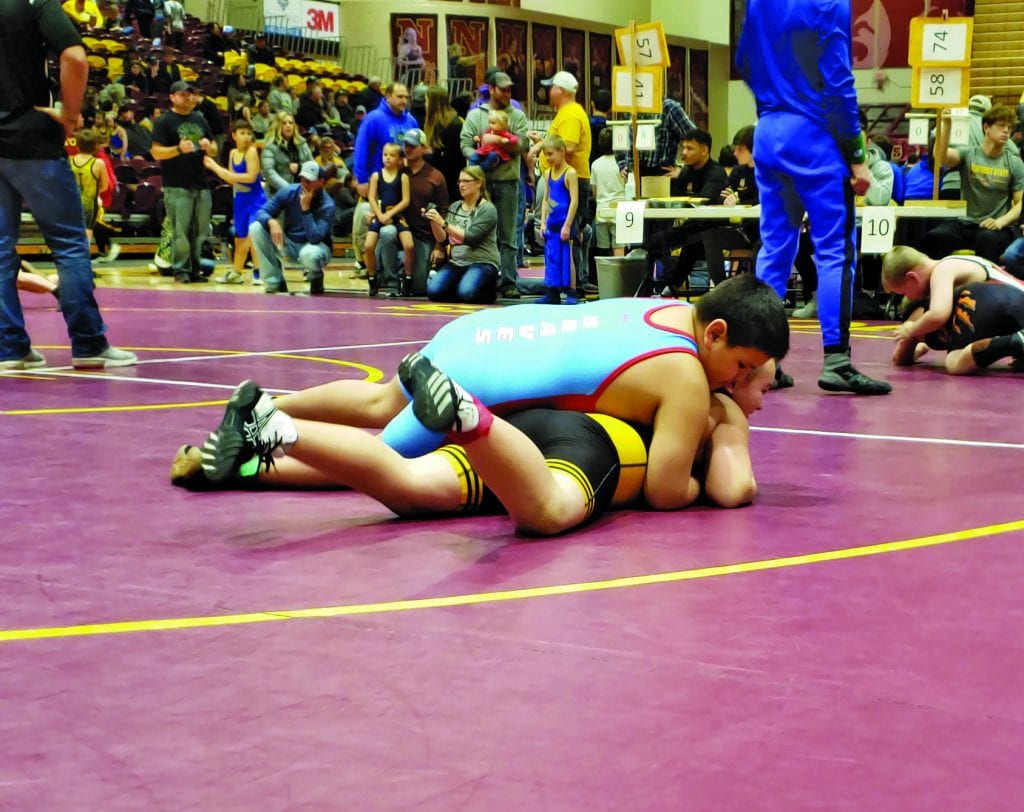 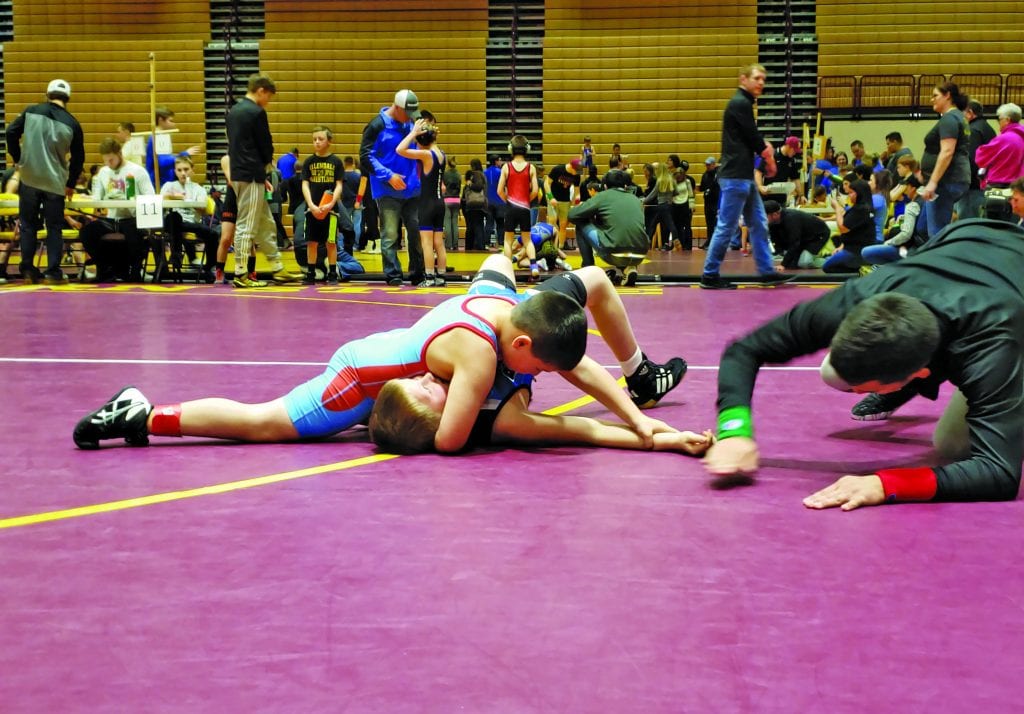 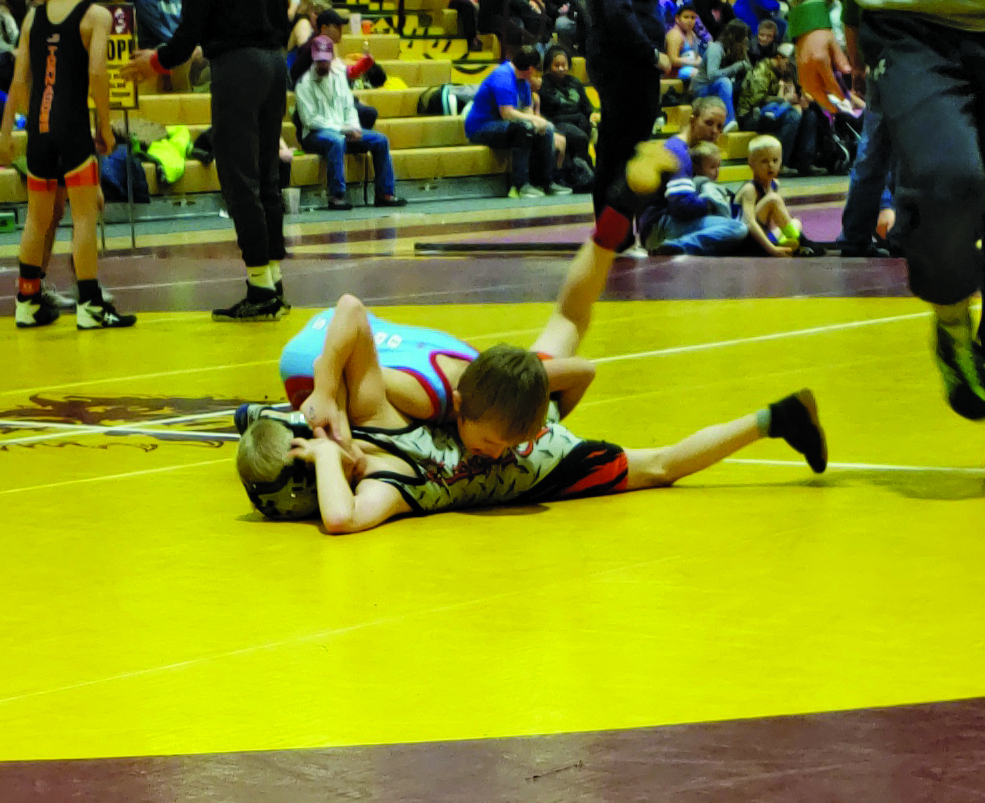 Kyle Lawrence, of C-EB takes down Levi Reis of Mobridge.