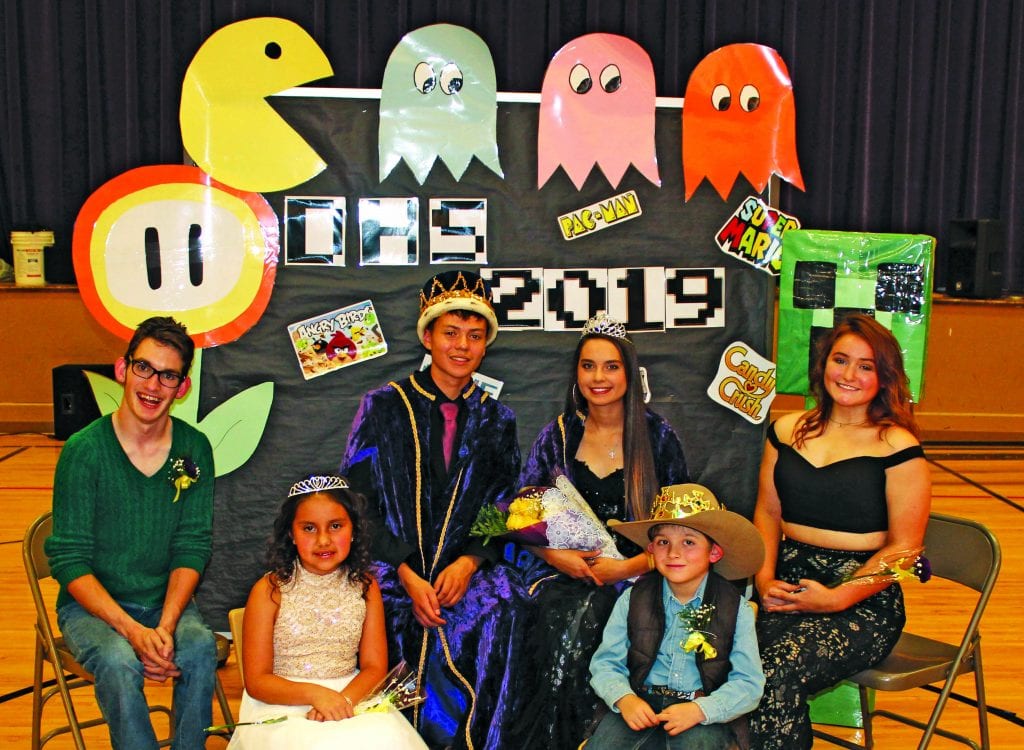 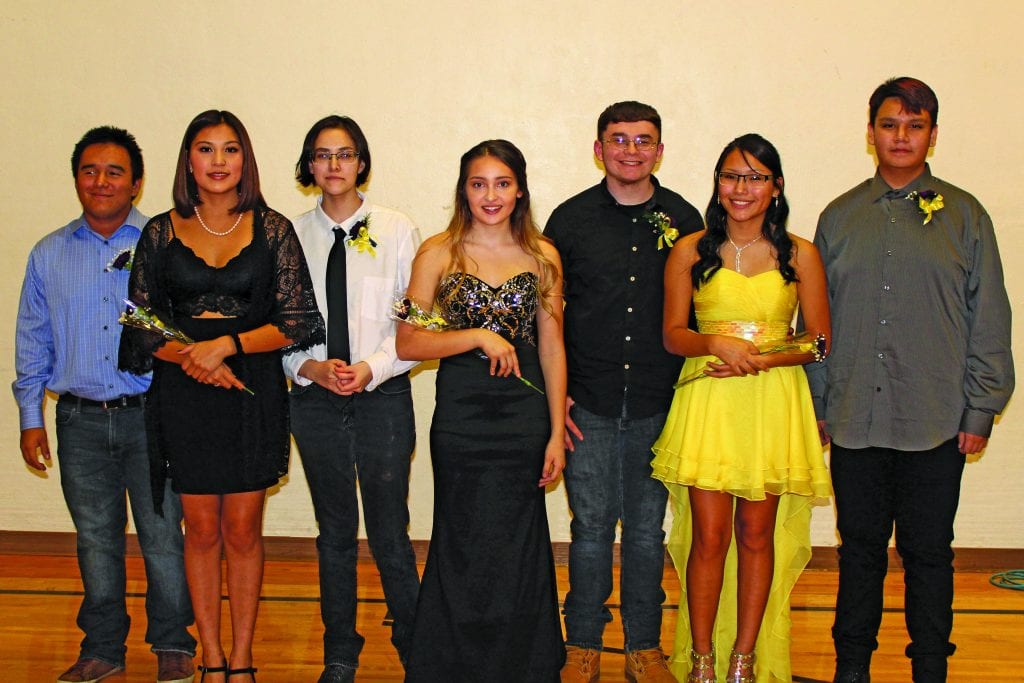 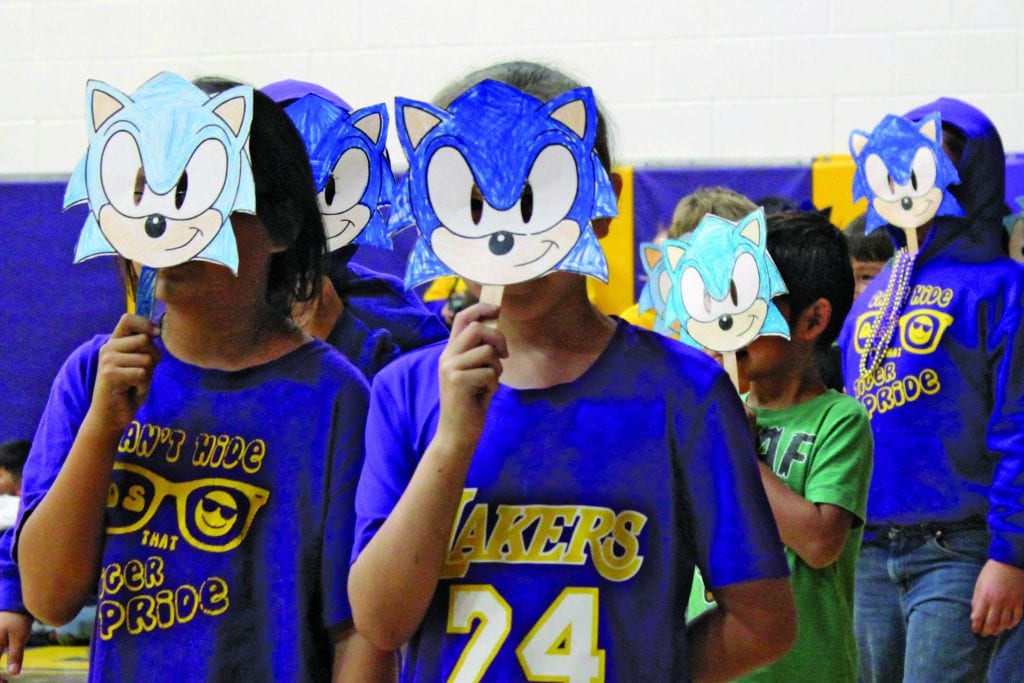 Below: Dupree second graders walk in their Sonic masks during the parade, and claim first place in the K-3 division. Due to the strong winds and cold, grades K-3 marched indoors for their parade. 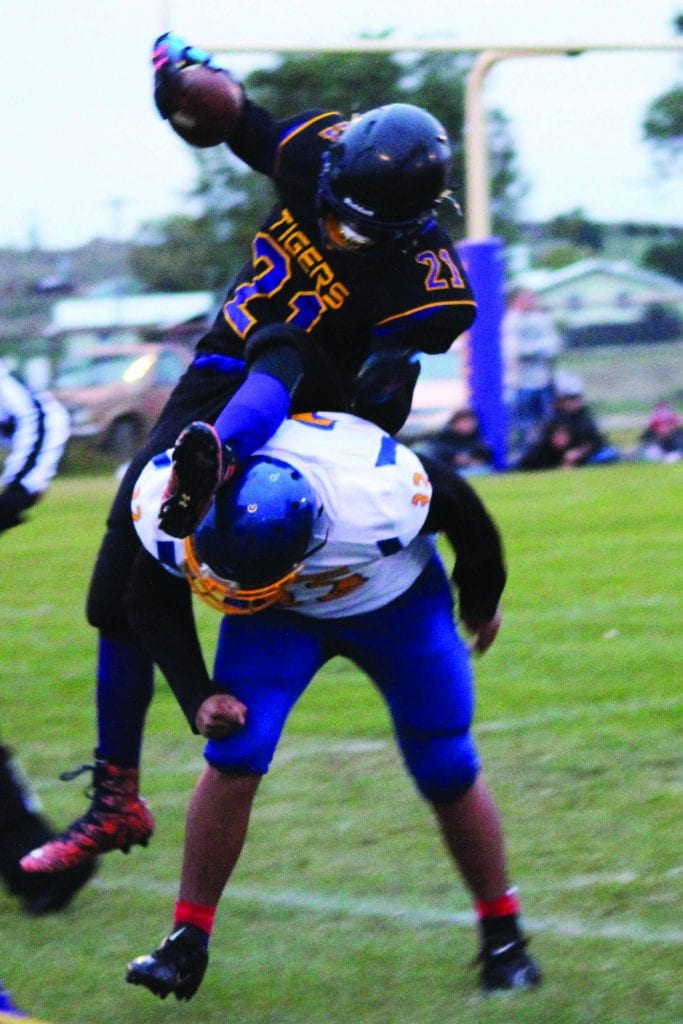 EAGLE PHOTO BY
PATTY PEACOCK
Cinch Hebb clears over a Standing Rock Warrior who attempts to block him during the DHS homecoming game. In the end Dupree came out victorious, 48-16. 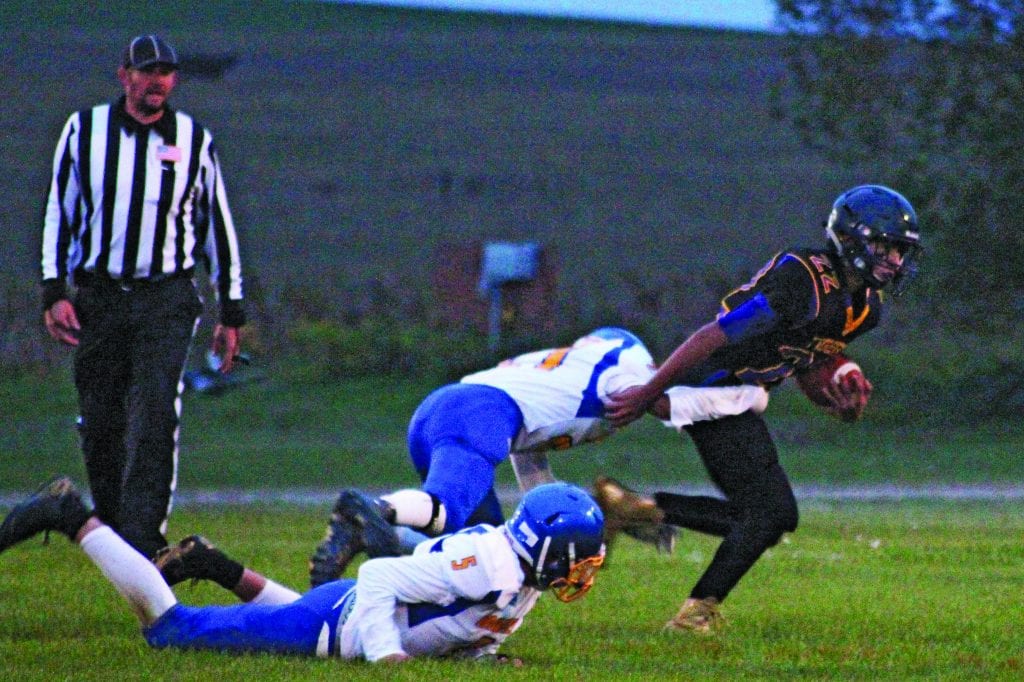