By Hudson Terveen and Maxson DuPris

Bud May, coach of South Dakota War Eagles, was interviewed by Hudson Terveen and Maxson DuPris.

HM: How do you plan on training your football team?

HM: Where do you practice your team at?

HM: How far do you think your team will go?

HM: Do you think you can make it to the NFL with your football team?

Bud: SFL or others maybe, but not NFL.

HM: How many people are on your team?

HM: How many wins does your team have on your record?

HM: Who is your strongest player?

HM: Who is your fastest player?

HM: Who is your tight end?

HM: Alright that’s all we got, sir. Thank you.

Wiring is fun. You can make different and unique things. Wiring is used everyday. Your home, car, computer, and appliances all use wiring. One thing you can do with wiring is make a light that runs off a battery.

In order to wire, sometimes you must solder wires together. To solder, you put two pieces of wire together and use heat and flux to join the wires. When the solder joint is cooled, you should protect the exposed wire with either heat shrink tubing or electrical tape.

For 4-H, I built two lights to use at our shop or on hay equipment. I used LED lights, magnets, wires, and alligator clips. I soldered the light connections to the wires. I then soldered the alligator clips to the other end of the wires. I wrapped electrical tape around the exposed soldering joints. I tested my light using a car battery to make sure they worked. We used them during haying season.

In conclusion, I think wiring is fun. I enjoy wiring and building my lights. People of all ages can learn to successfully wire. Wiring can be a very useful skill.

Once upon a time there was this girl named Black Dahlia. She was only, like, 26.

Her real name was Elizabeth Short. She was a murderer. Then one day she got murdered by another murderer. Everybody felt bad for her, but nobody knew she murdered people. This was, like, in 1924. Nobody still knows who the other murderer was. This is true story. The end.

By Bailee Donovan and Fletcher Birkeland

Bailee Donovan and Fletcher Birkeland intervened Gail Swenson, the Dupree School Superintendent. Here are a few questions that we asked her:

• How many years have been in education? “39 years in all and 12 years as an administrator.”

• How do you like working in Dupree? “It is a fine community.”

• Where did you go to college at? She has a bachelor’s degree from SDSU. She got her master’s degree at SDSU, and got a degree in Special in Education in Sioux Falls.

• What drives you to work at school? She decided in junior high that she wanted to make a difference and help kids. Her teachers were great role models and pushed her and encouraged her.

• Do you like to travel? She likes to travel and there are many pretty places she has traveled to. This summer she went to the Oregon coast.

• What would you want to do if you weren’t a Superintendent? “I wouldn’t know what to do with my life. Maybe an art school teacher.”

We have awesome staff at the Dupree School. We decided to interview them to see what they liked and didn’t like about their jobs. The first person we interviewed was Mrs. Wall. First, we asked her if it was hard teaching third grade. She said no because its her favorite thing to do. She has been a teacher since 1985. When asked if she prefers a big or small class, she said she likes having a small class because she can see the needs.

Lastly, we interviewed Mrs. Olsen. When asked if she likes teaching 4th grade and she said she loves it! She told us sometimes it can be difficult but most times it’s enjoyable. We asked her what the best thing about her kids is and she told us they are very hard workers. She has been a teacher for 23 years.

Dupree 3rd and 4th grade football was good this year. They fought hard and were small but still gave it their best. Their coach Jace Birkeland was proud of them. Here is what the 3rd and 4th players said about their season.

Dillon Schrempp said, “I like football and I probably will always play football.”

Walker Farlee said, “I like football because the coaches were nice.”

Memphis Brewer said, “I liked my position that I played.”

Kel Starr said, “I think I was good at my position. I thought it was amazing.”

5th and 6th grade little league football had an outstanding season, going 8-0. With the help of the coaches Lyle Smith and Joe Wishard.

QB\DE Tanner Thorstenson said, “I liked playing my positions and getting tackles.”

LB\RB Randen Wishard said, “I liked running the ball, but I liked defense the most.”

Garrick Dekle said, “I like football because I like my position the coaches are fun.” Thanks for the great season boys! 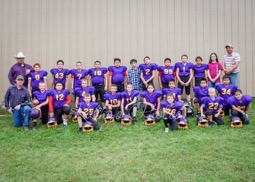 We asked some people what they thought about our recycling program. Ms. Swenson said, “I think it is very noble and I think you’re doing a great service for our community.” We asked Officer Jewett if our recycling program would be good for the community and he said, It’s good and effective and it’s great for the environment.” Doron Shaff told us, “A clean community is a better community.”

The 6th grade students are also having a bake sale at a booth at Pioneer Hall on November 16th. We are raising money for the recycling program.

Come and help the 6th grade class raise money for the equipment!

4-H and what is coming up

4-H is fun. Activities coming up are shooting sports and Achievement Day. Achievement Day is when you can show off your projects from project days. On Nov. 15, there’s a recognition dinner where you get all your trophies from your projects and shooting sports. Here comes the fun! On Dec. 13, there’s 4-H night during the Rapid City Rush hockey game.

Shooting sports is when you make a triangle and then you close one of your eyes. Then that determines what gun you get. Then when you get your gun, there is a square with cardboard in it. Then they give you a target to put on the square of cardboard.

On postal day if you get a 258 and you’re a beginner, and you get to go to state shooting sports!

Why Halloween is the best

Once upon a time, there was a girl that was a demon. When Halloween came around, she would come out of her grave and go around town and haunt people. But this year she was different, she was really tired. Someone came to her. It was a boy. He said, “Peter Pan, that’s what they call me! I promise that you’ll never be lonely!” Then he ran away, so she followed him. He went to a grave and said, “Is this yours?” She said yes.  They took a walk. The sun was about to come up so she said, “I better get to my grave.” He said, “Same. I have to get back to my grave.” They both got sad and walked away, but the girl said, “Can we meet tomorrow night?” The boy said ok. Then the sun came up and they were already in their graves. In her grave she was thinking of him and how she was falling in love. The end!

“It is going to be cold and snowy like any South Dakota winter. It will also be colder than usual with deeper snow.” – Mrs. Maher

“I think it’s going to be so bad that we have so much snow that we go to school until August and I absolutely love school. It will be so windy.” – Mrs. Tiffany Pesicka

Here you have it folks! Good luck this winter!

Ranching in the winter

Do you know how hard it is to ranch in the winter? You must go out and feed hay and cake. Some cows might be frozen. Here’s some facts on how to do things with your cows in the winter.

One fact is tractors can sometimes struggle to go across ice. It is hard for the tires, so people use chains on their tires. It helps in heavy snow to reach your cows.

Feeding can be hard in the winter. Whitnie’s family feeds the cows with cake, grain and sometimes corn. They all fill the corn feeder and get in the pickup. They go to the pasture. Then they find a flat area of land. They push the lever either forwards or backwards, then slowly move forward and the feed comes. Sometimes they feed by hay.

At Fallon’s ranch they use a sled during calving. They pull it with her pony, B.B. If cows die and they have calves, the calves become bums and they feed them.

At Macey’s ranch, her family feeds hay and cake. They also make sure that all the calves and cows have shelter.

That is how we feed our cows in the winter. That’s it, folks. Hope you enjoyed. 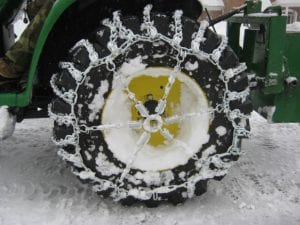 Everyone that made it to state did an amazing job. They put their greatest effort into running. Jacob Anderson got 28th place. Tiana Iron Hawk came in 92nd place. She did a good job and stated there were over 200 girls running against her. Clifton Birkeland got 63rd place. Once again, he did a good job. There were a lot of the boys running also.

I, Sadie Anderson, watched the boys run. They tried their best. Jacob was in 25th but got tired at the end and about 3 boys passed him up. Clifton tried his best, but he was nervous so he didn’t run as fast as he usually would. So, if he weren’t nervous, he most likely would’ve got a way higher placing.

We had to leave before I got the chance to watch Tiana run, but I bet she did a good job and put all her effort into it. She usually runs fast and tries her best. So, she was probably just nervous too. Good job to our team!! 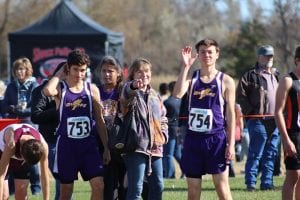 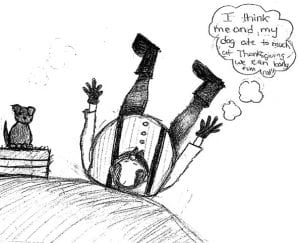 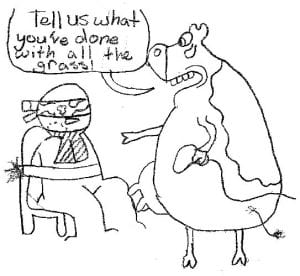 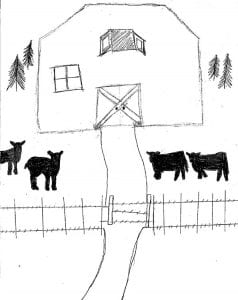