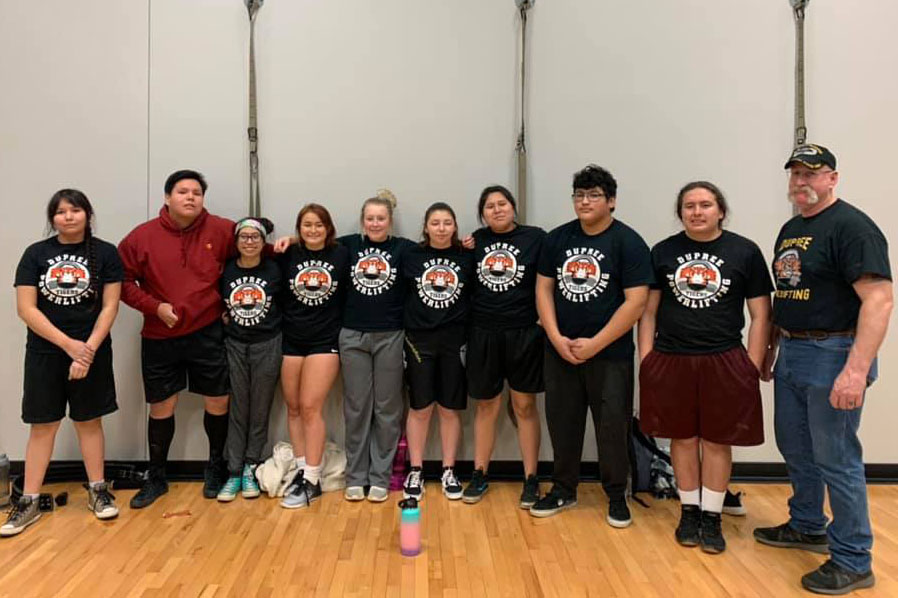 While the 2020 South Dakota State Powerlifting Meet was cancelled due to COVID-19, teams throughout the state were allowed to hold their own individual meets and send their lifting results to the program. If the powerlifters had lifted at the actual State meet like they had at their local meets, the Dupree Tigers would have had three State Powerlifting Champs this year– Chessa McDaniel, Cade Johnson and Megan Hinrichs.

The program, which is coached by Shannon Hinrichs, is in its third year at Dupree High School is growing in size, popularity and in champions.

In February, the team competed in Mitchell where seniors Chessa McDaniel and Cade Johnson earned top honors for their impressive performances with McDaniel placing first overall in the women’s division and Johnson earning second in the men’s division.