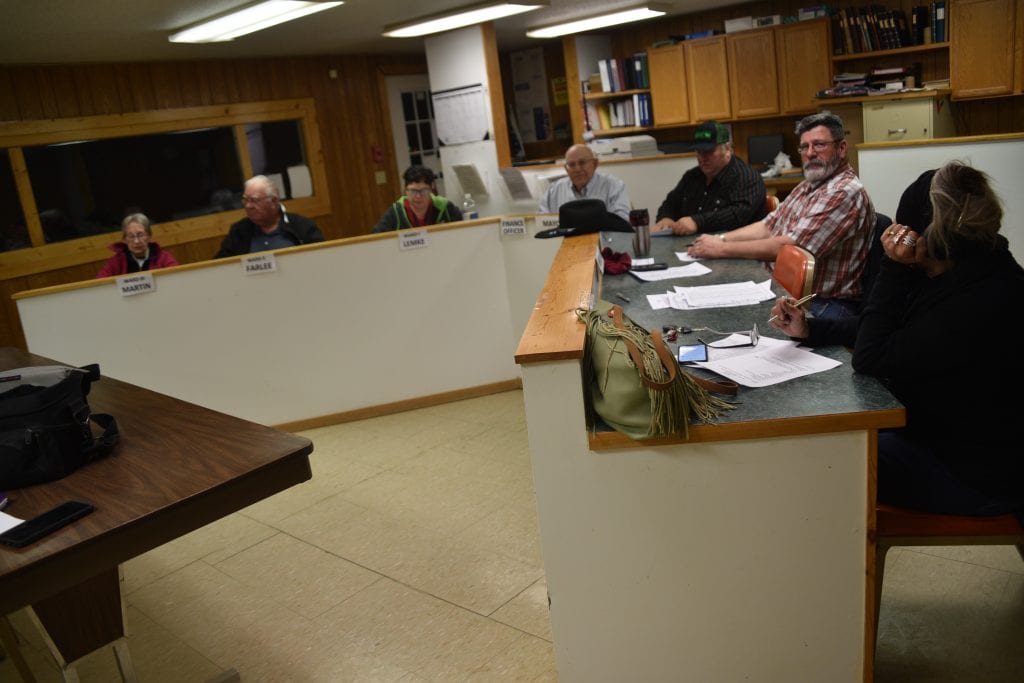 In its last meeting of the 2019 calendar year, the Dupree City Council made no new motions on any new business, discussed gravel on the streets, and wished Sam Owen, Ward III alderman, a happy birthday.

Donnie Farlee, Ward II representative, asked why work on the grader cost $8,000 and Mayor Jim Veit explained that the reverse and forward control went down, and since they were getting that fixed, they decided to fix several other smaller issues that had been put off, all of the work combined, in labor and parts, equaled the large bill.

Arlene Martin, Ward III, motioned to pay the bills with a second by Owen and the motion was passed.

Unalee Howe of Ward I asked her fellow council members if they would consider looking for funds to finish the other streets in Dupree. Recently, the city put down gravel in areas that really needed work, and Howe and other council members said they see a definite improvement.

Financial Officer Maurice Lemke explained that the money for putting gravel on the streets, the new grader, and the water tower has “hit the budget hard” and the council may want to consider the expense as a part of the 2020 budget.

Veit said he would have liked to have been able to use the $188,000 of the FEMA grant the city applied for, but city officials said their application was late by 11 days because they were not informed of the deadline.

In the Ziebach County Commission meeting, the county attorney reported that the city was informed of the date, Veit and Lemke explained.

Lemke said that if they were informed, it may have been in a city meeting, but they do not recall nor could they find evidence of it. In addition, Lemke explained that the city was dealing directly with a contact in Denver and learned too late that they needed to send their application to the State of South Dakota.

City council members said that there was nothing that could be done now to be awarded the FEMA money, but Howe said she would write a letter of justification to the county in an effort to get funds to finish the streets.

In other business, the council approved a motion to donate $300 to the parade of lights event which will be on December 11.

Veit expressed a desire to have people who ask for donations from the city to share information about what other entities donate and the amounts they donate.

The city’s potluck for council members and their families will be on December 12.

Veit thanked the council for their work over the past year and said he hopes to “leave this place better than I found it.”

“We may not do things always the way we should, but we get things done,” Veit said.