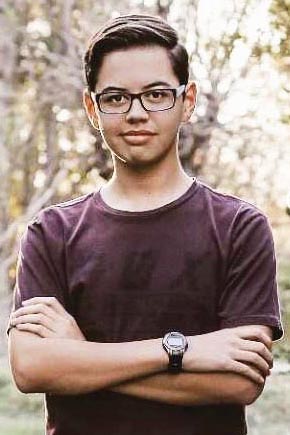 South Dakota School of Mines and Technology sophomore, Seth Bendigo, who is a 2018 graduate of Dupree High School, was one of four students who recently represented the university at the William Lowell Putnam Math Competition.

The annual event is sponsored by the Mathematical Association of America and according to their website, the competition began in 1938 between mathematics departments at colleges and universities, and over the years, has developed into the leading university-level mathematics examination in the world.

Although each participant worked independently on the problems, the competition has a unique team aspect with institutions ranked “according to the sum of the scores of their three highest-scoring participants. Prizes are awarded to the participants with the highest scores and to the departments of mathematics of the five institutions the sum of whose top three scores is greatest,” states the MMA website.

Last year, the top five winning teams were from Harvard University, Massachusetts Institute of Technology, University of California, Columbia University and Stanford University. The institution with the first-place team receives an award of $25,000 and each team member of the team receives $1000.

Results of the contest will be available at www.maa.org