Drilling in Howes is for water, not oil 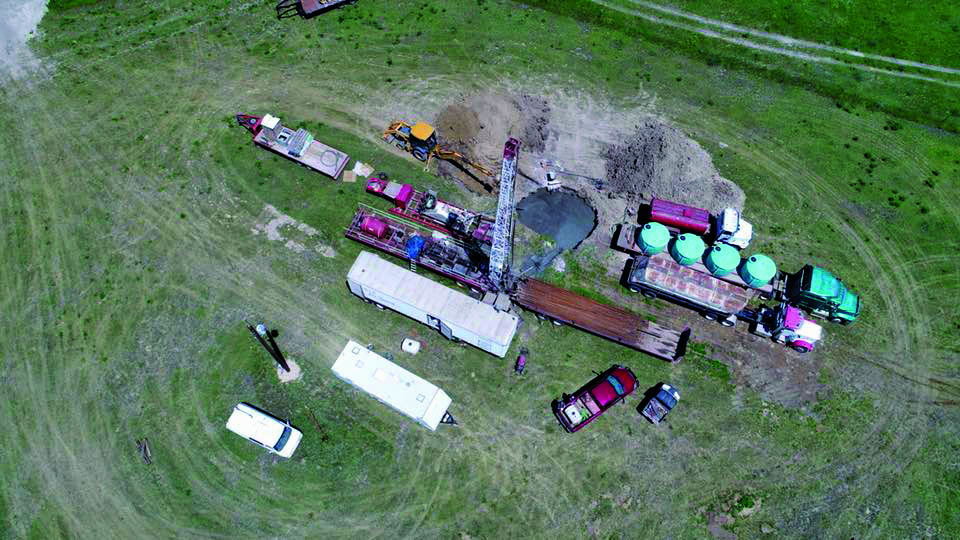 PHOTO BY LINDSAY MADER
An aerial photo shows a drilling rig from Rapid Drilling LLC, which is a water well drilling company based out of Rapid City. The company is currently midway through completing a livestock water well near Howes Corner.

On November 7, after receiving numerous inquiries from the public, the West River Eagle published a story titled, “DENR Provides Answers About Activity in Howes”. In the story, two officials from the South Dakota Department of Environment and Natural Resources provided information about different activities that were occurring in the area, to include road construction, a water pump stationed at Howes Lake, and a drilling rig just north of Howes Corner.

A link to the DENR website for water-use permits was also provided in the article.

Since the publication of the story, there have been additional social media posts and comments about the drilling rig, with many people still questioning if the drill site is for oil.

A representative named Anna, who is from Rapid Drilling LLC, provided information and stated, “We are drilling a water well for livestock for the Howes Grazing Association.”

Rapid Drilling LLC is a small family-owned and operated water well drilling company that is based out of Rapid City. The company has worked in the area before, and recently completed a 2500-foot well south of Eagle Butte.

The rig in Howes has been in spotted in different locations because it “broke down on the way to the jobsite and we had to park it until we got the parts to fix it and move to the current location,” said Anna, who also stated that the well “will be a 3200 feet Lakota formation livestock well that we are currently in the middle of drilling.”

With the influx of people stopping alongside the road to observe the drilling activity, Anna said employees placed a sign next to the gate that states, “livestock well”; however, misinformation is still being shared on social media.

Is there a way for people to correctly identify whether a rig is for water or for oil? There really isn’t, said Anna, who explained that the drlling rigs are very similar in appearance and there are not any “tell-tale giveaways” to determine the differences in the rigs.

However, she added, that if people have concerns about any drilling activity anywhere, they should simply contact the drilling company for more information.

She also welcomed people to contact Rapid Drilling LLC at 605-391-5591 if they have further questions. 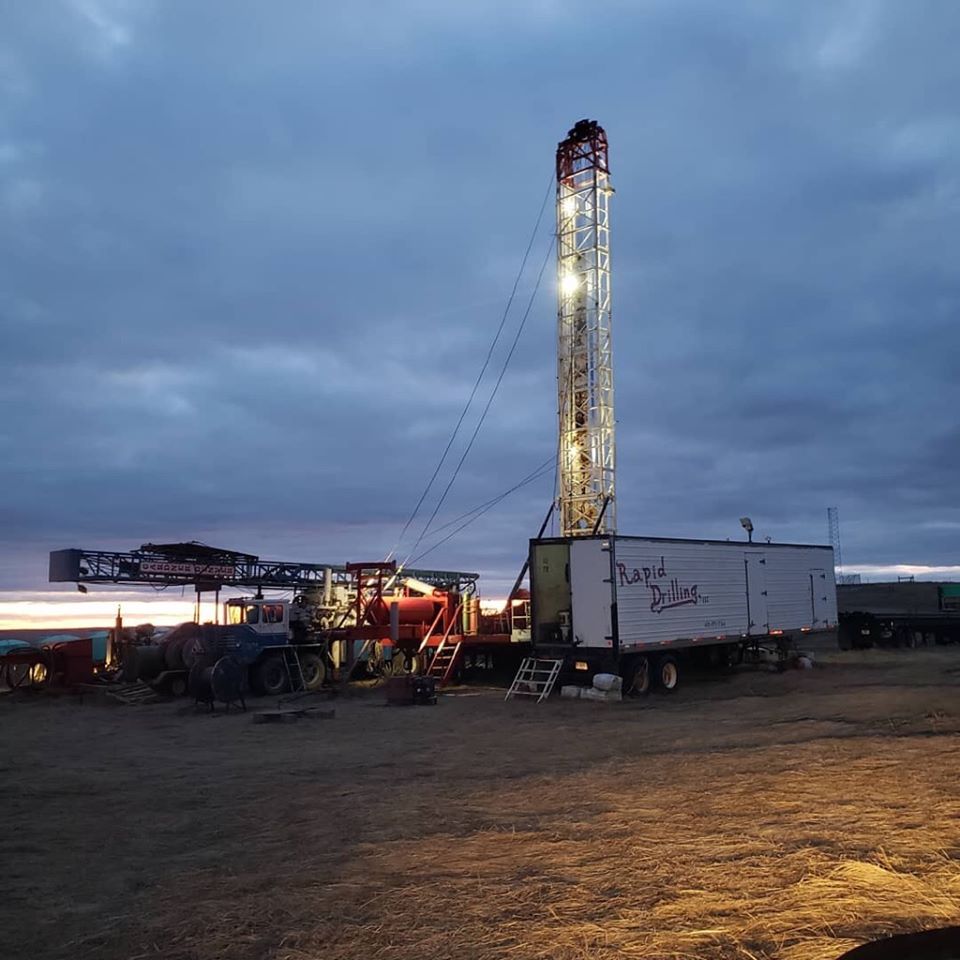 PHOTO FROM RAPID DRILLING FACEBOOK PAGE
An early morning photo showcases water well drilling operations by Rapid Drilling LLC. A company representative encourages members of the public to call if they have questions or concerns about drilling activities.