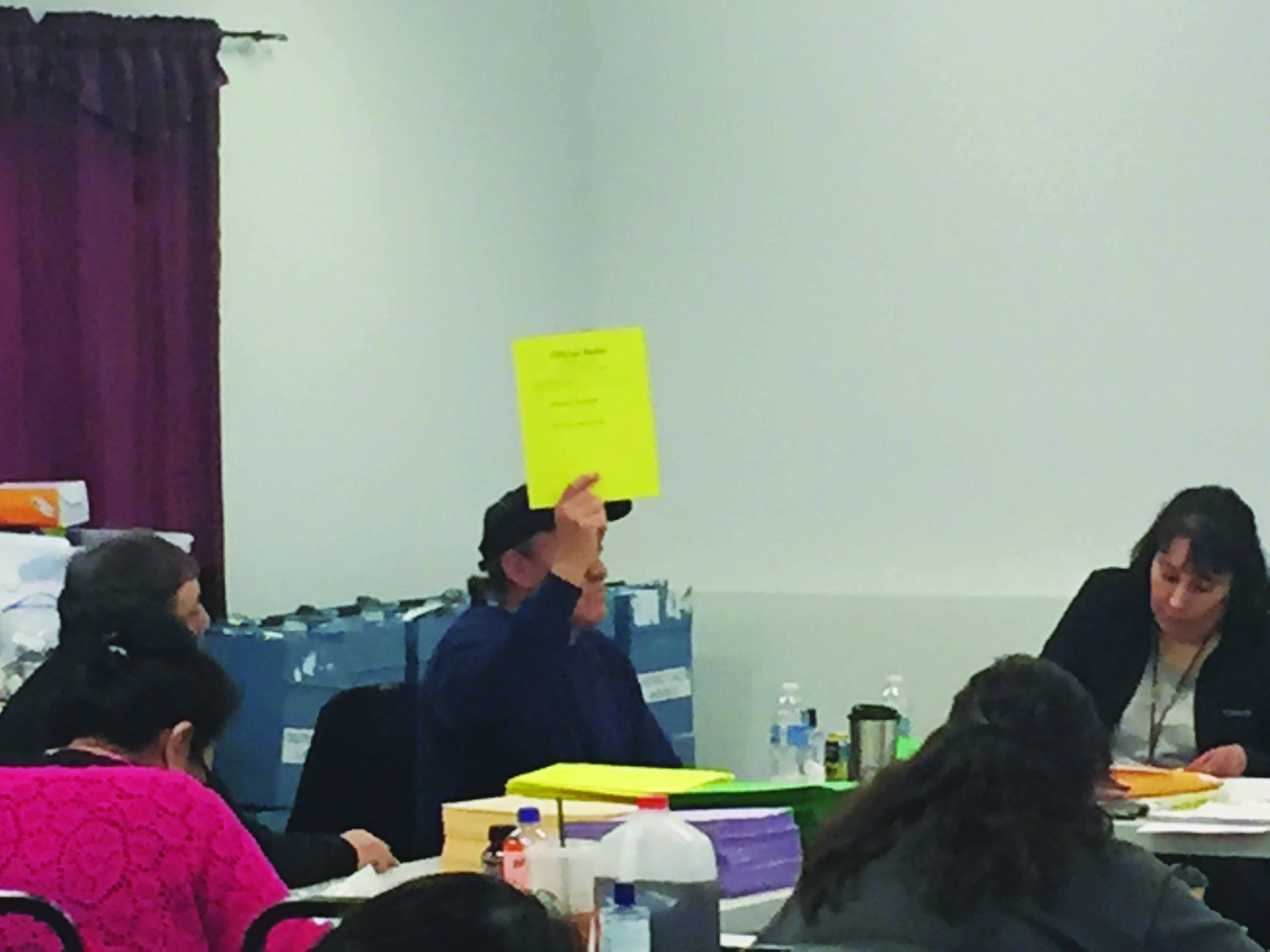 EAGLE PHOTO BY ALAINA BEAUTIFUL BALD EAGLE
A moment from the 2018 CRST Tribal Election: Then-Election Board Chairman Bryce In The Woods holds up a spoiled ballot during the count of affidavit and absentee ballots at the Cheyenne River Motel in Eagle Butte.

The Cheyenne River Sioux Tribal Primary Election will take place next Tuesday, Aug. 11. The election is for council representative positions in all districts, along with district chairman positions. Districts 1, 2, 3, and 6 will have two candidates elected; Districts 4 and 5 will have four candidates elected.

Polls will open at 7 a.m. MT on election day and will close at 7 p.m. MT. Details for polling locations can be found page B11.

According to the Tribe’s Ordinance 14, absentee voters are defined as tribal members who are otherwise eligible to vote but who will not be on the Cheyenne River Reservation, or cannot make it to the polling place in their respective District of residence to vote on Election Day.

Absentee voters may cast their ballot via absentee voting.

“Disabled voters confined to their homes may request that a ballot be taken to their home, provided that it is within a reason distance from the polling place,” the ordinance states.

In addition, voters who are confined, disabled, or seriously ill on Election Day may contact the Election Board Chairman, the Tribal Secretary or Election Superintendent of the District wherein she/he resides to request an absentee ballot.