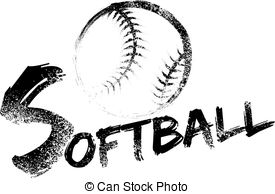 The Cheyenne River Sioux Tribe Fair and Rodeo has a long standing tradition of incorporating not only the traditional elements of a Lakota wacipi celebration and mainstream American fair, but the athletic and team-oriented challenge of the men’s, women’s, and co-ed softball tournaments, which has been a part of the fair since before 1995, according to organizer Kim Claymore-Knight.

Claymore-Knight has organized the men’s tournament for the past four years and has worked hard with other organizers, such as Bernita In the Woods who is organizing this year’s women’s tournament, to make it a competitive and enjoyable experience for players, fans and officials.

In the Woods has spent more time playing than organizing the tournaments, having only organized a few times. She said she remembers the fastpitch tournaments as far back as 1974 when the CRST tournament was the end of the season and teams from all over came to compete.

Both of the tournaments this year will host eight slow pitch teams, and the women will play at the top field. Since there are no lights at the top field, the women’s game will begin at 8:00 a.m. Saturday morning and run only one hour each (ASA rules apply). The rosters after the first game are final, In the Woods said.

The men’s games will begin at 9:00 a.m. Saturday morning at the bottom, lighted field.

The drawing for who plays who is a blind draw, Claymore-Knight said, and she posted it on Facebook Live to provide as much transparency as possible.

Since the match-ups are randomly drawn, there is a chance that two of the stronger teams could end up playing one another right away, or they may have to wait to play each other until later in the first round of games, Claymore-Knight explained.

This year’s tournament had a lot of teams that usually come from the Bismarck area reluctantly say they could not make it to the CRST tournament this year because of the Mark Carry Moccasin and Merrill Elk Memorial Tournament in Bismarck, Claymore-Knight said. The line-up of teams this year pulls from areas further south and west of the state, such as teams from Pierre, Rosebud and Rapid City.

While the event is not sanctioned, the organizers were able to hire ASA certified umps out of Pierre to help officiate.

Claymore-Knight promised that the games will run on their scheduled times as a result of the ASA quality officiating.

Several families will offer memorial awards for tournament participants, such as Claymore-Knight’s family, who will be offering a pitching award in honor of pitcher Stevie Peciska.

The City of Eagle Butte will be running the concession stand, but specific times for the concessions were not known at the time of publication.

This year, there will be no men’s fast-pitch tournament, but there will be a co-ed tournament on Monday with six teams starting at 9:00 a.m. and running until done with the awards being held immediately after the final game.

Claymore-Knight encouraged fans and players to either bring or ask for plastic bags from the Sioux’s Nest or the concession stand in which to put their trash. Placing trash in these smaller bags and leaving them by the trash barrels makes clean-up after the games easier for organizers and their volunteer helpers, and reflects the respect for the environment held by the Lakota people and traditions.