Another Native American woman has been found dead. She had not been seen or heard from since December 2017. According to reports, no one filed a missing person report on her. 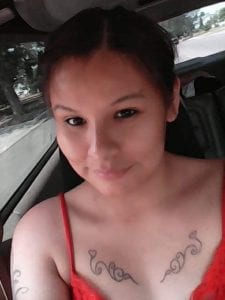 On Tuesday, June 11, Corrine White Thunder’s body was found in a car submerged in the Missouri River near Downs Marina in Pierre, SD.

“When a person is found deceased, we do make attempts to verify ethnicity. This is done through records searches available to us. We do not specifically ask about tribal affiliation,” said Walz.

Asked if it is common for missing Native Americans to go unreported, as was the case for White Thunder, Walz responded, “I do not have data to indicate one way or the other regarding this. I would say we encourage family and friends to report all missing persons. I would say it is uncommon that a report was not filed.”

“This is a dead body found 100 miles off the reservation. This has nothing to do with us!” yelled Rosebud Sioux Tribe Chief of Police Marlin Enno aggressively in a phone interview.

Even though White Thunder was a Rosebud Sioux tribal member with family living on the reservation, and her case is a missing and murdered indigenous woman case, Enno refused to provide any information they may have or not have about White Thunder.

“Yeah, yeah. I won’t give you information just so you can write your newspaper,” Enno said before abruptly hanging up the phone.

The question remains: why wasn’t a missing person report filed for White Thunder? She had not been seen or heard from since December 2017. There was almost no mention of her on the various missing and murdered indigenous women social media pages. Was she just another forgotten indigenous sister?

Not so, says a relative of White Thunder, who wished to remain anonymous. This relative, who is older than White Thunder, said she tried doing everything to help find her, but without the financial means, knowledge, and cooperation of White Thunder’s mother, she did not file an official missing person report.

“I tried looking for her and asking relatives if they had seen or heard from Cori (Corrine). It seems like no one really cared. I didn’t have Cori’s information and people were being uncooperative. Her mom just lost it and is a heavy drinker. I offered to help her file a report, but she was uncooperative- and now Cori’s gone,” said the emotional relative.

Reported sights of White Thunder in the Sioux Falls and Rapid City areas, and even rumors that she was incarcerated further added to the confusion of her whereabouts and possibly added to the list of reasons why a missing person’s report was not filed.

“A relative said, ‘Don’t worry about it. Cori’s in prison in Salt Lake City’,” said the relative. Soon after, a call to the women’s detention center revealed that no one by that name was incarcerated there.

The relative said she sent a message to White Thunder’s sister asking for an updated photo and information so she could file a report and start asking for the public’s help finding her, but she got no response.

What is more shocking, said the relative, was that she was told that White Thunder had given birth to a stillborn right before she was last seen or heard from, and that the child’s remains were unclaimed in Pierre.

“My relatives said they couldn’t get the stillborn to bury it because they needed Cori’s permission, but she was missing. I don’t know whatever happened to the baby’s body,” said the relative who disclosed that she was not sure if this information was true.

Then last week, news spread that a vehicle matching White Thunder’s vehicle was found in the Missouri River, and the devastating news that remains of White Thunder had been positively identified.

“I really broke down. I should’ve did more to look for her, but there was no family cooperation. People say they do care, but they should’ve helped find her back then when she first went missing. I don’t know why they weren’t looking for her. I’m still having a hard time believing that she’s gone. I have daughters of my own and can’t imagine if they went missing. I should’ve just kept on trying to look for her. I feel guilty,” said the relative.

As for now, an autopsy report is pending and it may be quite sometime before questions surrounding White Thunder’s disappearance and death are answered, said Captain Walz.

“It may take time for the report to be released, as Ms. White Thunder was submerged for an extended period of time,” said Walz.

Captain Walz urged the public to file a missing person report as soon as they suspect a friend or relative is missing.

“A missing person report can be filed with law enforcement anytime someone is concerned for the well-being of another. In order to file a report, contact your local law enforcement agency. Several questions will be asked regarding the person you wish to report missing, including when they were last seen, clothing they were wearing, vehicle they were driving, any contact information including social media, and any distinguishing characteristics of the person,” said Walz.

As for the reports of the stillborn child? On Monday, June 17, Captain Walz confirmed they were true.

“We have been working with the family and the funeral home in order to make proper arrangements for the baby and am able to tell you as of this afternoon, those arrangements are complete, per the families wishes,” said Walz.

If you have any information regarding this case, you may call Pierre Police Department at 605-773-7413.