Cook of the Month: Brett Curry 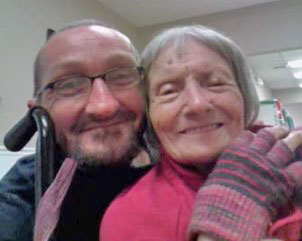 Brett Curry is a member of the Veteran Service Corps. He has lived in Promise since 2017.

Growing up in Hollywood, Florida, grandma’s house was a safe place for Brett Curry, who is the middle child of three boys.

“Every time we went to my grandmother’s house, I was the one who ended up in the kitchen helping her cook,” he said. Brett’s grandma, Mrs. Jay Gorillia, was an Italian immigrant from Sicily and Brett learned the art of southern Italian cooking from her. (Sicily is the football at the toe of the boot of Italy.)

“The first thing I remember her cooking was split pea and ham soup when I was five or six,” Brett said.

Both Brett’s grandparents were immigrants and they lived a modest traditional life. His grandma stayed home and worked in her tiny kitchen. According to Brett, you would never know it was small given the amount of food that came out of it.

“You were never full enough, you always had to eat more,” he said.

Although she cooked traditional favorite like turkey on Thanksgiving and ham at Christmas, Mrs. Gorillia’s

favorite dishes were Italian classics like spaghetti with meatballs, lasagna, and chicken parmesan.

“It’s all the food I love to cook today because for me, it’s comfort food, it’s home food,” said Brett, whose love of cooking continued when he grew up, moved away and got married.

“I didn’t even know my wife could cook for the first five years of our marriage. She always let me do all the cooking,” he said.

Prior to Hurricane Ivan in 2004, Brett had a boat in Key West with a little grill off the side. He’d get the grill going, then dive for lobster and yellow tail. When he got back, the coals were ready to cook.

It’s harder to find some ingredients in South Dakota.

“A big part of my diet in South Florida was seafood, fresh out of the ocean. Frozen isn’t the same. I have to hunt for some ingredients here, like white pepper and some cooking wines. I did find white pepper in Mobridge, but it was whole and I had to grind it,” he explained. Sometimes he shops at Payless and Merkel’s Foods in Mobridge because it’s close, “but I like to shop at Lakota Thrifty Mart. We try to give our grocery money back to the rez,” he said.

Nowadays Brett cooks his own versions of grandma’s classics at the ranch in Promise. The number of people they feed ranges from five or six up to 20. “Cooking for a small amount of people is a challenge, it’s easier to cook for a lot of people,” stated Brett.

He experimented with really thick chicken parmesan using more parmesan than bread crumbs, although some people don’t like it really cheesy. It’s a great dish to feed a crowd since the hardest part is frying the chicken, said Brett.

Like grandma, Brett seasons everything to taste. “She had a box of plastic spoons in the kitchen to use for tasting and never put the spoon back in the food she was going to serve. Some dishes, like spaghetti and meatballs, would cook all day. She’d go through a whole box of spoons in a day and eat like a bird at dinner.” He said you better start in the morning if you want a dish like spaghetti and meatballs to taste right. “If you don’t have all day, start with a store-bought sauce and season it yourself.”

His favorite recipes are split pea soup, grandma’s potato soup, lasagna, chicken parmesan, and spaghetti and meatballs. Grandma Gorillia made two kinds of meatballs- sausage and beef. She made the sausage ones really small and the beef meatballs really big so you could tell the difference. She never browned her meatballs ahead of time. Instead she’d cook them in the sauce all day to get the best flavor.

Grandma Gorillia died at the age of 86. Remembering her, Brett said, “I’m like my grandmother, if it doesn’t have meat in it it’s not a meal, it’s just a snack.”

Note: Proportions and seasonings are to taste. The reason why I use this recipe a lot is because you can make it for two to 20 people. Everything is done to taste.

You will need a crock pot or Dutch oven and a large stock pot.

• Potatoes, type does not matter

• Heavy cream, 1 pint to 2 quarts depending on the number of people

• Garlic cloves, peeled, pressed or mashed into a paste

1. Prepare the ham in the morning

The size of the ham depends on how many people you are feeding. It’s important to have a little skin and fat on it. Rinse and dry ham. Place in crock pot with an inch or so of water. Add garlic cloves and coarsely chopped onion. Cover and cook on low all day.

Go to the ham and slice off some skin with the fat on it. A little ham never hurt. Dice and add to pot. Add garlic, salt, oregano and white pepper to taste. The white pepper is the key. Remember the white pepper! It has a different taste than regular pepper.

Cook until potatoes are fork tender. Remove pot from heat. Taste for seasoning. Everything is to taste! If needed, to thicken it up I add some potato flakes until I get the desired thickness at the end. Alternately, remove some potatoes from the pot, mash with a fork and return to the pot.

3. Prepare the broccoli and serve

Let the soup sit while you prepare the broccoli and ham. The flavors come together better with time.

Steam fresh broccoli. While it’s cooking slice ham into 1/4 inch thickness. The ham gets sliced and put in the bottom of individual bowls. Fill bowls with soup and top with broccoli.

This is a really simple dish to cook for any amount of people. Note: Adjust the amounts of chicken and pasta for the number of people to be fed.

• Rigatoni or other large shaped pasta

Start with a red sauce. It takes all day to make your own right. I don’t know too many people who have that kind of time today, so I start with the meat flavored Ragu brand and season it myself to taste and let it simmer on the stove.

Fill a large stock pot with water, add salt and oil and bring to a boil. I use a thick noodle like rigatoni. Add pasta and parboil. Do not cook until done, you want them about 80% done. They will finish in the oven. Drain and set aside.

Preheat the oven to 350°. Rinse chicken, do not dry. Set aside. In a medium bowl mix the flour with salt, pepper, oregano, onion powder and garlic powder. In another medium bowl beat eggs and enough milk to thin to a consistent texture. In a third bowl mix equal parts breadcrumbs and shredded Parmesan cheese. Dip the chicken in the flour mixture and turn to coat. Then dip in egg mixture, allow excess to drip off. Dip in breadcrumbs and cheese to coat. Set aside on a platter.

Heat about 2 inches of oil in a large shallow frying pan. When oil begins to shimmer and slightly smoke, add the chicken pieces. Fry chicken to 90% done. Just when you think it needs another minute or two take it out. It will finish cooking in the oven.

The last part is simple. Take some red sauce and cover the bottom of a large deep baking dish with enough to keep things from sticking to it. Add all the noodles and place chicken on top. Cover with more sauce. Everything will finish cooking in the oven and soak up some of the water in the sauce. Top with shredded Parmesan and mozzarella and bake for about 20 minutes, until cheese has a nice crust to it and the noodles are done. I always serve it with a nice salad.

I hate peas but I love this!

You will need a crock pot or Dutch oven and a large stock pot.

• Ham with skin and fat

• Bag of dried split peas, 1-3 bags depending on how much you are making

• Garlic, pressed, chopped fine or mashed into a paste, about 3 cloves per each bag of peas

• Onion, yellow or white, chopped fine, about one onion to each bag of peas

I always start my ham the same way, in a slow cooker with a little water, garlic and onion in the morning and let it cook on low all day. The size of the ham depends on how many people you are feeding. It’s important to have a little skin and fat on it. Rinse and dry ham. Place in crock pot with an inch or so of water. Add garlic cloves and coarsely chopped onion. Cover and cook on low all day.

Following the directions on the bag, bring water to a boil in a large stock pot and add peas. All of the split peas will tell you on the bag how much water to add to get a good soup consistency. Since it takes about an hour to cook down, start the peas to boil while you chop your onion and garlic. Make is so fine it disappears in the boil. And add it as soon as it’s chopped up. Then add enough parsley to just cover the top of the water and stir in. Lower to a simmer. Remove ham from crock pot. Cut off the skin with the most fat, chop and add to the soup.

Now the hard part. Add salt and pepper to taste. Just remember to add so much salt and pepper at first that you think, “It’s almost there,” then add more. By the time the dish is finished the flavors will cook together.

Slice the ham into 1/4 inch thick pieces and layer in the bottom of individual soup bowls. Ladle soup over and serve with more salt, pepper and shredded Parmesan cheese. You can always top it with anything you like. I like it just the way it is. It’s very filling and great on a cold day. 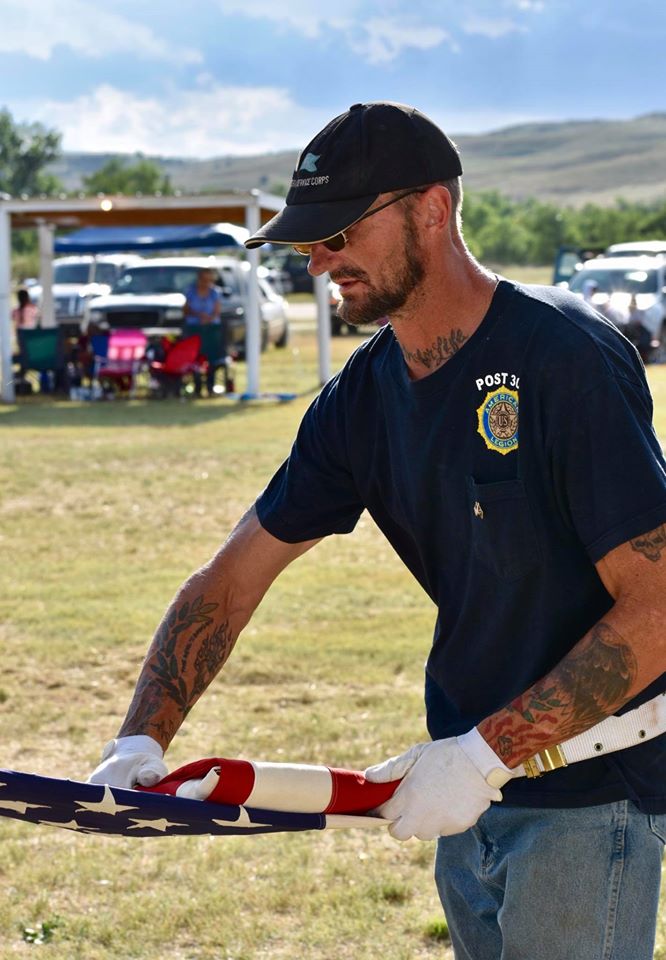