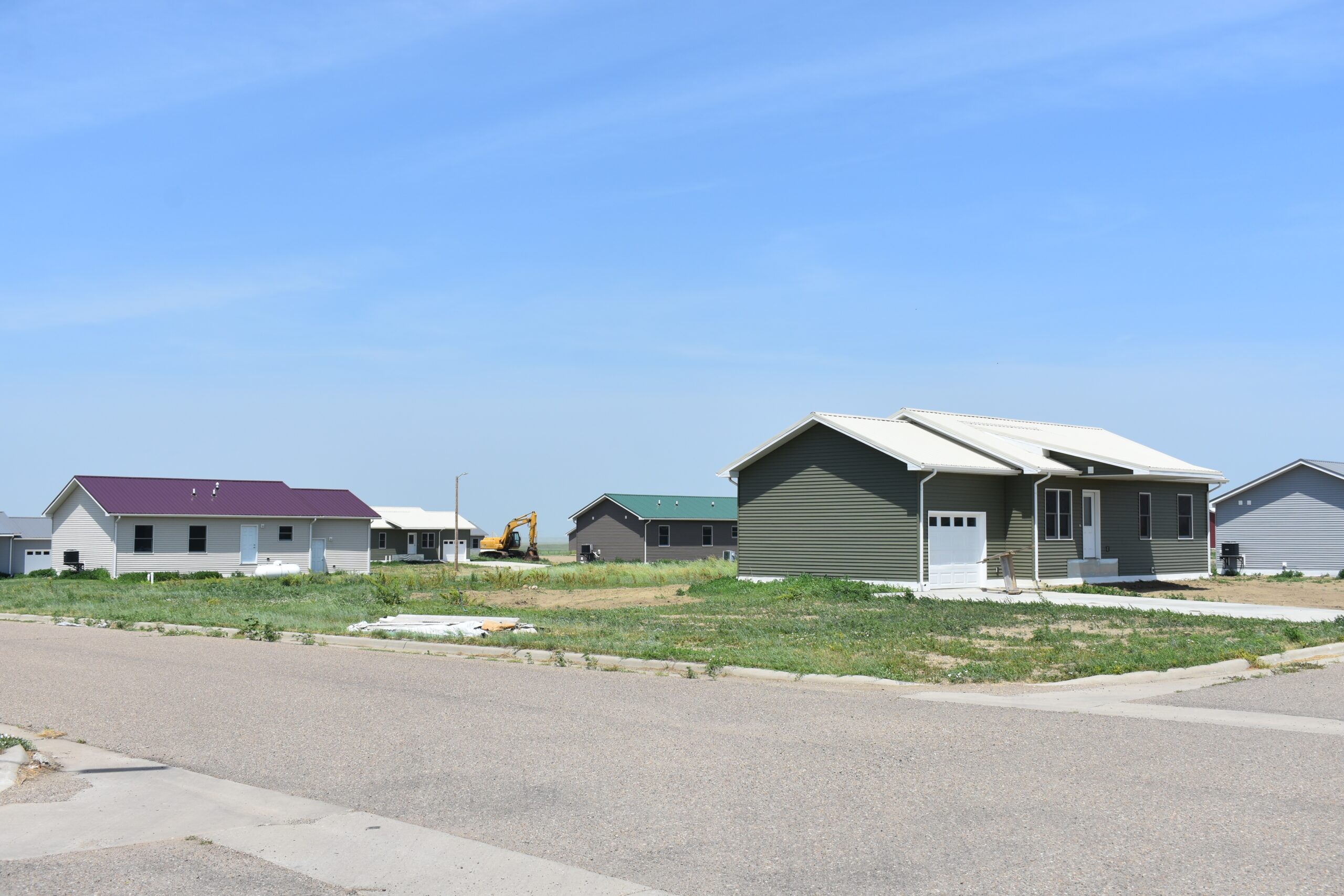 Sharon Vogel, Director of the Cheyenne River Housing Authority, feels participation in the 2020 Census is an act of intergenerational responsibility and generosity. The 2020 Census will have wide-ranging impacts on Cheyenne River including the amount of funding available for affordable housing in the next decade.

By making sure that everyone in the community gets counted, adults can ensure the most possible funding comes to the community to create the best home environment for children and elders.

“I think we all have a shared value of wanting our children or our grandchildren to be able to have a safe home, a stable home, and a home that we can afford. Without housing, you are at such a disadvantage… We want our children to have a better future. And that is really by the adults making sure that they do what they have to do to make sure their children are counted,” said Vogel.

According to the housing director, the safety of home is a core value in Lakota history and culture.

“We still gather with our large family dinners, we have celebrations in our home. There’s a lot of teaching in our home. It’s the safe place for our children,” she said.

Housing money comes to Cheyenne River and other tribal nations through the Indian Housing Block Grant program which was established in 1996 as part of the Native American Housing Assistance and Self Determination Act (NAHASDA). Funding for Native housing is determined, in part, by the decennial Census and also by the American Community Survey (ACS), an annual random survey of a percentage of American homes.

Vogel highlighted some problems with the formula of the ACS.

“It’s a sampling of your community and that’s where they determine some averages. That’s probably well intended, but in Indian Country, we’ve never been able to really extract out of there what the participation rate is,” stated Vogel.

Instead, the formulas are based on the percentage of respondents, which could be a skewed version of the actual community data.

“I’ve always had a concern that the response rate for Native American communities has never really been disclosed. But the data impacts us. We aren’t getting a good sampling. The ACS data plays a huge role in allocating money to formulas. We still have to keep our Census participation high because the population count is critical for us in a lot of areas,” she explained.

Vogel says that when you participate in the Census you are helping your community and your neighborhood.

She sees the Census as a time to diverge from natural hesitation to get into other people’s business.

”I’m really hoping that there is a lot of tabletop conversation in kitchens about the importance of Census. I think the upcoming generation really needs to understand this. Parents and grandparents need to tell them that they’re going to participate. They’re going to count everyone in their household. So that the 18 year old or the 16 year old that is going to have a family come 10 years from now will say, ‘Oh yeah, my mom talked about this, or my dad talked to me, or grandma talked to me. So I know that it’s important for my family’,” shared Vogel.

Given the overcrowding on Cheyenne River, it is even more important to count every single person in a household. Vogel encourages the head of household to gather everyone’s name and birthdate and to have that ready.

“If we don’t get an accurate count, we aren’t going to get the proper allocation of funds to meet the need,” said Vogel.

The confidentiality of Census workers is inviolate.

“It’s confidential between you and the Census Bureau and they are held to confidentiality. So please, please, disclose all the individuals that live with you. That will help your relatives that are right now living in overcrowded conditions,” said Vogel before she emphasized that her office has no access to the Census information.

Vogel said grant amounts that the CRHA receives varies somewhat but her office uses the number $4.2M for budget planning purposes year over year. The relatively small size of the Federal grants, “really challenges us to leverage and to be real strategic in planning projects because the need grows. The need is there to maintain and provide affordable housing,” she said.

Completing the Census helps and increases housing funding and opportunities on Cheyenne River.

Beginning June 15, Census workers began dropping off Census packets at homes across CRST. There are two ways to complete the Census questionnaire: you can fill out the form that was included with your packet and send in the self-addressed stamped envelope or by going online to my2020census.gov. Houses who do not respond will get a follow up visit in August.