Cheyenne River Man, Beau DuBray, Inspired Others Before His Death 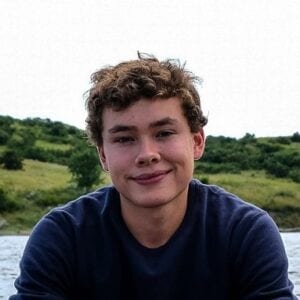 Beau Thomas DuBray (Nagi Thathanka, Buffalo Spirit), 18, of Blackfoot, son of Fred and Michelle DuBray and brother of Elsie, passed away due to suicide on November 19 in Hanover, NH.

The Dartmouth newspaper reported that Hanover Police chief Charlie Dennis, police and a medical examiner responded to a call at 10 Mass Row in Hanover at 8:07 a.m. Dennis said there were no signs of suspicious activity at the scene.

The DuBray family has been open and loving about the circumstances of Beau’s death and have established the Beau DuBray Memorial Fund for Suicide Prevention through the Cheyenne River Youth Project. The fund will focus on the invisibility of depression and how it can sometimes be unrecognizable. The hope is to normalize mental health issues so children and young adults can have the language to ask for help and access to services to heal psychological pain as easily as physical pain.

DuBray attended Timber Lake High School where he ran track and cross country and played on the varsity basketball team. He matriculated at Dartmouth College in New Hampshire this year, where he pursued interests in Native American studies and philosophy.

In a moving testimony on Facebook Beau’s mother, Michelle, said, “Beau grew up on the family ranch in the suburbs of Blackfoot. It is there that Beau developed his eternal connection to the buffalo and the sacred land on which he lived.”

Beau’s charisma and intelligence made a lasting impact on his fellow students at Dartmouth. His pride in being Lakota inspired another Native student, Jacob Gomez, to begin to study his own native language, Jicarilla Apache, and to reach out to his grandmother everyday to connect and learn about his culture.

Another student, Kieran Norton, commented on Instagram that Beau had a unique perspective on the world and lived a deliberate life grounded in the land and the stoic wisdom of the buffalo.

Mrs. DuBray said there was a private family burial in Blackfoot overlooking the Missouri River on November 22 and a post-COVID Celebration of Life is planned for next summer.