The Panthers rocked at the Region 4B regional meet in Gettysburg last Wednesday, October 16. Head Coach Donna Aberle said not only did every runner from the team qualify for state, each one beat their personal records.

“The Panthers ran very strong… This was a great outcome. The boys’ team won the meet by three points. All four of my other varsity boys shaved time off their previous season bests during this meet. It was a true team effort. They knew who they had to pass and went out and did it. This is the first time in my coaching history that the boys have won the regional meet,” said Aberle.

In girls action, Carlie Lawrence who has run varsity all year, qualified even though she had the flu the previous day, running her best time this season, and Natalie Lawrence ran her second varsity meet and  “smashed her time from the conference by almost four minutes,” said Aberle.

Going into the state meet, Aberle stated the team will continue practice and will remain steady in their strategy.

“We have concentrated all season on staying grounded and working hard each day. That will stay our focus,” said the coach, who took time to commend runner Beau DuBray for his commitment to the team. “He has been running with hip pain for several weeks and continues to strive to help his team members, refusing to drop below the top three scoring runners position,” said Aberle.

The state meet will take place on October 26 in Huron with the boys’ race at noon (MST) and the girls’ race at 1:30 p.m.

Three runners from the Cheyenne-Eagle Butte cross country team qualified for state and will run at the State Championships in Huron on Saturday. At last week’s regional event in Chamberlain, Junior Spencer Moran placed 10th with a time of 17:53.12; seventh grader Kristopher Butcher placed 13th with a time of 17:57.95; and in the girls race, Freshman Daci Lends His Horse placed 5th with a time of 20:00.00.

Head Coach Shannon Jewett said the team is prepared for the state races and will continue practicing with victory in mind.

“We always try to do our best at state. There are 25 medals available and we want to bring home some. We are going to do more of the same, which is practice, run our best, and win,” said Jewett.

This year, the Takini Skyhawks team consisted of three siblings: Eric Jr., Matt, and Max Bobtail Bear, and Adam Eder. The boys each ran at the Region 5B Cross Country meet in Philip last week, with no qualifying runs for state. Takini Head Coach Travis Albers said the boys each ran well and finished the season with improved times.

In JV action, 8th grader AJ Begay took first place in the 4000 meter race at regionals in Philip on Oct. 16. Coach Jeff Turning Heart said next year Begay will move up to varsity, and he believes that “AJ was good enough to qualify in the top twenty in varsity. He is that good.” 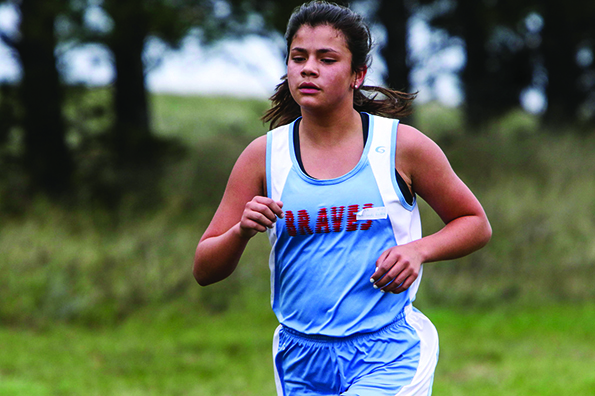 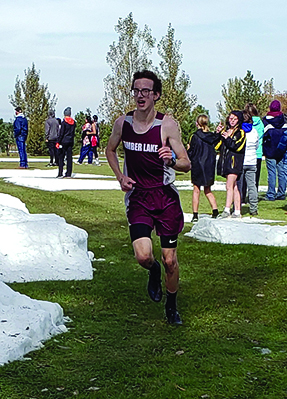 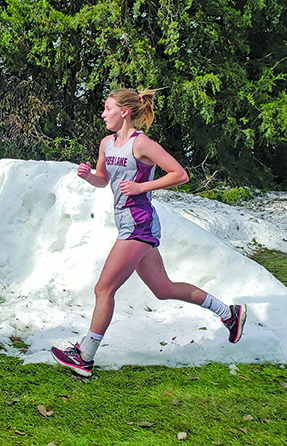 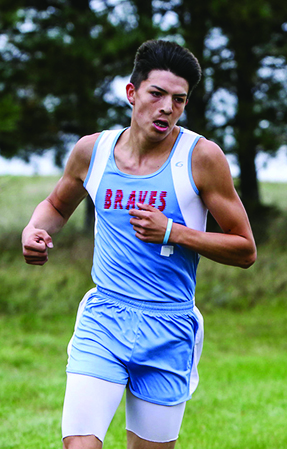 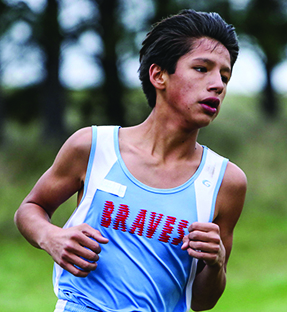