The 44th Lakota Nation Invitational was held December 15-18 at the new Monument arena and convention center in Rapid City. Students gathered from across the oyate to compete in sports, academics, art and culture.

This year the “most unique basketball tournament in the world” expanded to host 48 teams; 24 girls and 24 boys, an expansion of eight teams each over 2019. The expanded field opened the door to all reservation schools within South Dakota and beyond.

“We’ve been talking about this for years. We’ve always wanted a large number of teams that wanted to come in and with the expansion at the Monument, we will have 24 girls teams and 24 boys teams,” said Bryan Brewer, Director of the LNI, “Every reservation in the state of South of South Dakota will be in the tournament this year, plus teams out of Nebraska.”

Brewer reported that Custer and Rapid City Christian schools competed this year, and that the expansion into non-native schools goes a long way to breaking down racial barriers, which is one of the goals of LNI.

“That’s always been our goal, reconciliation with our students and our younger people and not just our Lakota youth but all of the youth,” says Brewer. “We’ve had some Navajo schools that inquired about this tournament,” he continued, “Right now we are full and it is so hard to say no, I see a time when we can bring in schools from Montana and the southwest,”

The gathering was a celebration after the event was cancelled last year due to COVID. The spirit of celebration was captured by Red Cloud girls basketball coach Matt Rama. “It was really a hard, lonely year. No coaching, no practice,” he said. “The first couple of days of the LNI I just walked around with a smile, just so happy to be back in this atmosphere again.”

The event brings an estimated $6M to Rapid City each December. The Native community contributes about $100 million to the Rapid City economy each year and represents about 1,500 jobs.

The Cheyenne-Eagle Butte Braves Girls Basketball team finished in third place in the “Makosica Bracket.”  In the first round they defeated the Omaha Nation Chiefs by a score of 52-42. In the second round the Braves dropped a close contest to the Todd County Falcons, 41-47. In the third-place game the Braves beat the Little Wound Lady Mustangs, 52-37.

The combined CEB-Dupree wrestling team brought home second place. Champions were Tee Birkland at 106, Eulayla Maynard at 113 girls bracket, and Zander Bowman at 138. Runners up were Isaac Halfred at 132 and Destin Knight at 285.

Third place finishers were Gerrick Dekle at 113, Tripp Schrempp at 126, and Cameron Dekle at 160. Fourth place went to Inyan Rondeau at 145; fifth to Xadyn LaPlante at 106 and Michael Donavan at 152.

Bringing the youth of the oyate together

The event not only serves to highlight the skills and accomplishments of our young people, it brings the youth of the oyate together.

Rapid City Mayor Steve Allender put the event in perspective, saying, “As I pointed out to the students, everyone who comes here this week is coming here because of you…this is their time to shine. They’ve worked up to this moment to be a part of this tournament. I think it’s extremely important for basketball, but also the sharing of those cultural experiences.”

The impact of LNI reaches well beyond sports. In addition to the competitions, other events planned to meet during LNI including educational committees and the third meeting of the Oceti Sakowin treaty council.

In December, 2019, the last time LNI was held, the West River Eagle reported that,

“One important aspect that is hardly reported by news outlets is the fact that LNI brings the oyate together. The event is an opportunity for relatives from different reservations, who have been separated by reservation boundaries, to reunite – and for some, LNI is the only time of year they are able to do so. LNI also connects reservation natives with urban Indians – it is not uncommon to hear of families spending the week at the home of their relatives rather than staying at a hotel. For some living in the city, LNI is an opportunity to connect with and explore one’s native culture and heritage.

“LNI also brings the people back to the heart of the nation, to Paha Sapa. Chaperones who accompanied students from as far away as Sisseton said that it was the first time their students visited the sacred Black Hills…

“…One of the most important outcomes of LNI is educating people about who we are as Indigenous people, showcasing to them what is important to us, and providing an opportunity for all people to engage and observe cultural activities.”

Role models of sportsmanship and conduct

The event holds students to the highest level of sportsmanship and conduct. Organizers say, “We are proud of you for making positive choices in representing your respected schools, communities and the Lakota Nation Invitational Organization.”

Participants must respect the dignity and rights of others; treat others with courtesy and respect; be fully responsible for their actions and consequences; conduct themselves in a respectable manner and act as a role model for younger athletes and scholars. 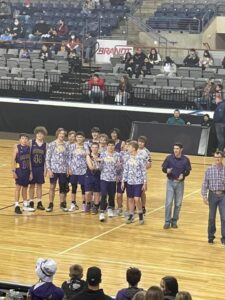 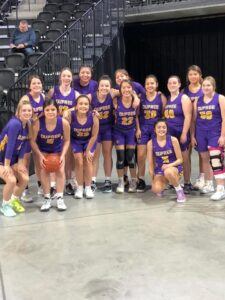 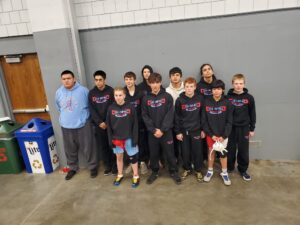 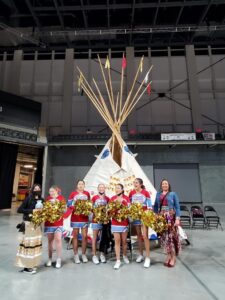 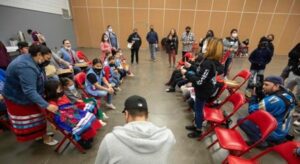 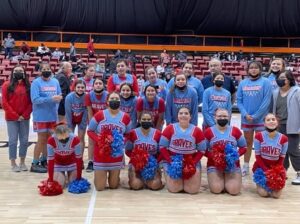 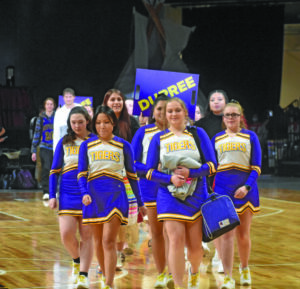 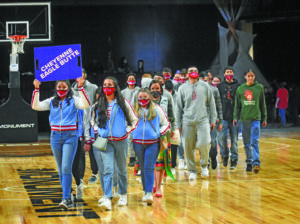 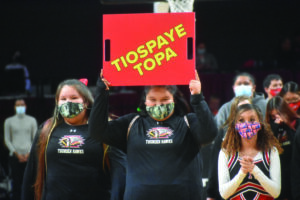