Character and decency matter, must return 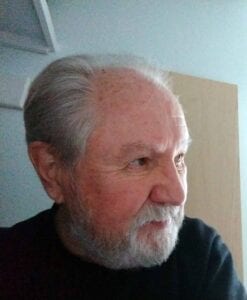 I had always been proud to be an American.

During my career, I spent a lot of time working in Europe. Protocol said that casual conversation should avoid politics and religion. That was not always possible and I had many political discussions.

I was always able to advocate for the American position. I could not do that today.

The positions that the Trump administration has taken on too many issues are, to my mind, indefensible. He shows too little regard for the things that define America, the things that made America great…freedom, democracy, equality and justice, the things that are guaranteed by our Constitution. Because we valued these principles, the United States became the leader of the free world.

But with Trump’s capitulation to Vladimir Putin, we have lost that leadership role and the United States no longer commands the respect of our NATO allies. This is only one of the many reasons I implore you to vote for Joe Biden.

I want to appeal especially to my family members and friends and all who are Christian, for Christians have been among Trump’s most ardent and loyal supporters.  And I ask you to appreciate why the US Constitution is a secular document. It could not be any other way.

The Founders supported Christianity, but Christianity did not support the ideas they envisioned for America; individual freedom, equality, and democracy. These ideas came out of the enlightenment, the age of reason. They were foreign to Christianity.

So the Founders, many of whom were Christian, chose reason over revelation.  They believed that humans’ ability to reason offered the best hope for a just society. And so I ask my Christian kin to follow the Founders’ example. Choose reason and our Constitution. In the end, only a secular Constitution can guarantee our right to believe in Jesus or Krishna, or Buddha, or Allah or Yahweh or the Great Spirit, or to not believe at all.

Our society assumes that good and honest people will be nominated and elected to public office and when in office they will use reason and compromise to govern and legislate in ways that benefit our society. Unfortunately Trump is neither a good nor honest person.

Aside from his personal history of philandering, cheating, graft and corruption, he has defied our system of justice, is attempting to subvert our democracy, restrict our individual freedoms, and he encourages lawlessness. He promotes white supremacy and admires authoritarian rules like Putin and Kim Jong-un, and believes that soldiers who lost their lives fighting for our country were losers.

Trump’s corruption is worsened by his refusal to reason. Reason demands, for example, that he and we accept science, the same science that explains how gravity causes the earth to revolve around the sun, and how hundred-ton airplanes can be supported by nearly weightless air. Medical science has given us kidney transplants, cancer radiation therapies, and a host of other scientific discoveries has made our ubiquitous cell phones possible.

Yet Trump refuses the medical science that could have minimized the impact of Covid-19. And when we see the incompetence in handling the pandemic, with the US embarrassingly ranking last in the world, and the loss of nearly 200,000 innocent Americans, how can one believe that God is guiding his administration.

Many of us think there is much wrong with our government. Things need to change. But the change has to be more than shaking up and tearing down. We need change that improves government in ways that benefit the majority of Americans, not just the wealthy.

Trump has done a remarkable job of tearing down, but very little to improve government or the lot of the average American. Edmund Burke said, “Rage and phrenzy will pull down more in half an hour than prudence, deliberation, and foresight can build up in an hundred years.” We need less rage and frenzy, and a more prudence and foresight.

Biden will not be a perfect president, but at heart he is a much, much better man. He will give us prudence and foresight, protect our constitution and bring decency back to government. What is more, he actually does believe in God. His religion has been his anchor, and has given him the strength and hope needed to bring him though his life’s crises…the tragic loss of his wife and 13-month-old daughter in a car crash and the loss a son to cancer.

I’ve had enough of the fear and hate mongering, and trust that you have too. Please join me. Cast your vote for Joe Biden. Character and decency matter.

Furthermore, American workers put in more hours on the job than did their foreign counterparts.  At the beginning of 2020, full-time U.S. workers had a longer work week than full-time workers in 24 OECD nations.  In addition, the United States remained the only country with an advanced industrial economy that did not guarantee workers a paid vacation.  The European Union guaranteed workers at least 20 paid vacation days a year, with some countries mandating as many as 30.  Although the U.S. government failed to require any paid holidays, most advanced industrial countries offered at least six per year.  Consequently, American workers averaged many more days on the job than did workers in almost any other advanced industrial society.  The United States also remained the only advanced industrial nation that failed to guarantee paid maternity leave to workers.

Not surprisingly, in a 2020 report, the International Trade Union Confederation—representing 200 million workers in 163 countries—ranked the United States as the worst among the nations with the world’s leading economies for workers’ rights.

Against this backdrop, it’s hard to take seriously Trump’s claim that U.S. workers have thrived during his presidency.  Indeed, even before the disasters wrought by the coronavirus pandemic, American workers received a raw deal.