Chairman Frazier to Noem: We will not apologize for being an island of safety in a sea of uncertainty and death 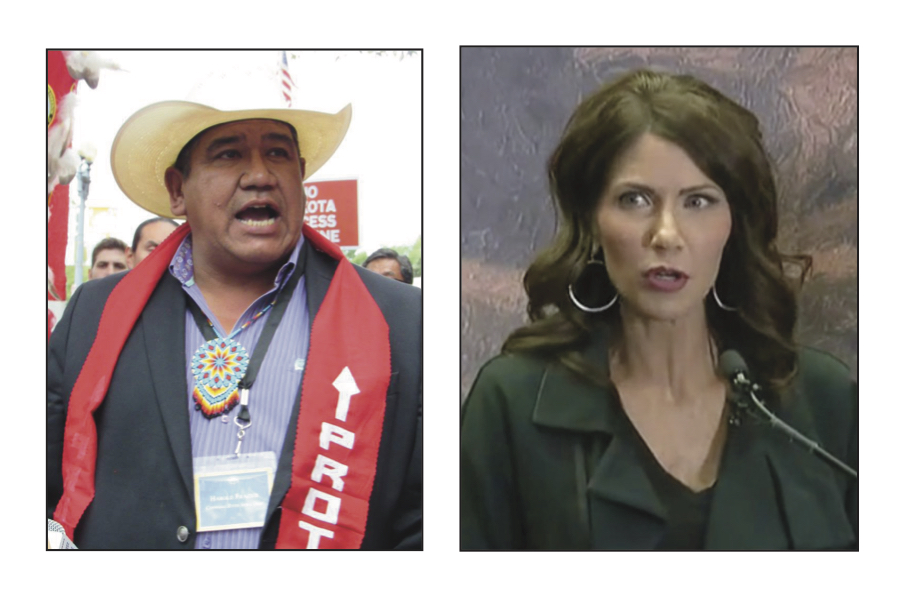 “We will not apologize for being an island of safety in a sea of uncertainty and death,” said Cheyenne River Sioux Tribe Chairman Harold Frazier in his response to Governor Kristi Noem.

“I absolutely agree that we need to work together during this time of crisis, however you continuing to interfere in our efforts to do what science and facts dictate seriously undermine our ability to protect everyone on the reservation,” said Frazier.

Earlier today, Governor Noem sent letters to Cheyenne River Sioux Tribe Chairman Harold Frazier and President Bear Runner of the Oglala Sioux Tribe demanding the removal of checkpoints that both tribal nations are operating. Previously, the governor stated at her April 24th press conference, “The state of South Dakota does not have jurisdiction in this area, but the federal government does.”

If the Tribes do not remove the checkpoints within 48 hours, the State would take necessary legal action, according to Noem’s press release.

CRST has operated public health checkpoints since the beginning of last month as a mitigation measure against the spread of COVID-19.

In her letter the governor wrote that CRST is out of compliance with the April 8, 2020 memorandum from the United States Department of Interior. The letter provides guidance on what Tribes must do to temporarily close or restrict access to tribal lands over tribally-owned roads and over roads owned by others during the COVID-19 pandemic.

“The State of South Dakota objects to tribal checkpoints on US and State Highways regardless of whether those checkpoints take into consideration the safety measures recommended by the SD DOT. Safety recommendations do not constitute consultation and certainly do not equal agreement,” said Governor Noem.

Chairman Frazier responded, “The English definition of consultation is ‘a meeting with an expert or professional, such as a medical doctor, in order to seek advice.’ In the Lakota language, wóglakA means ‘to speak about something.’ In meeting with county commissioners, municipal, South Dakota Department of Transportation, Public schools and Federal agencies we have met the definition of consultation in both of our languages.”

The tribal leader also referenced Article 16 of the 1868 Ft. Laramie Treaty which “stipulates and agrees that no white person or persons shall be permitted to settle upon or occupy any portion of the same; or without the consent of the Indians first had and obtained, to pass through the same.”

The chairman then shared that coronavirus does not discriminate between tribal members and non-members, saying that the Tribe is obligated to protect everyone on the reservation.

“We invite you to join us in protecting the lives of our people and those that live on this reservation. I stand with our elder Councilman Ed Widow that the purpose of our actions is to ‘Save lives rather than save face’,” said the tribal leader.

“We will not apologize for being an island of safety in a sea of uncertainty and death,” said Chairman Frazier. 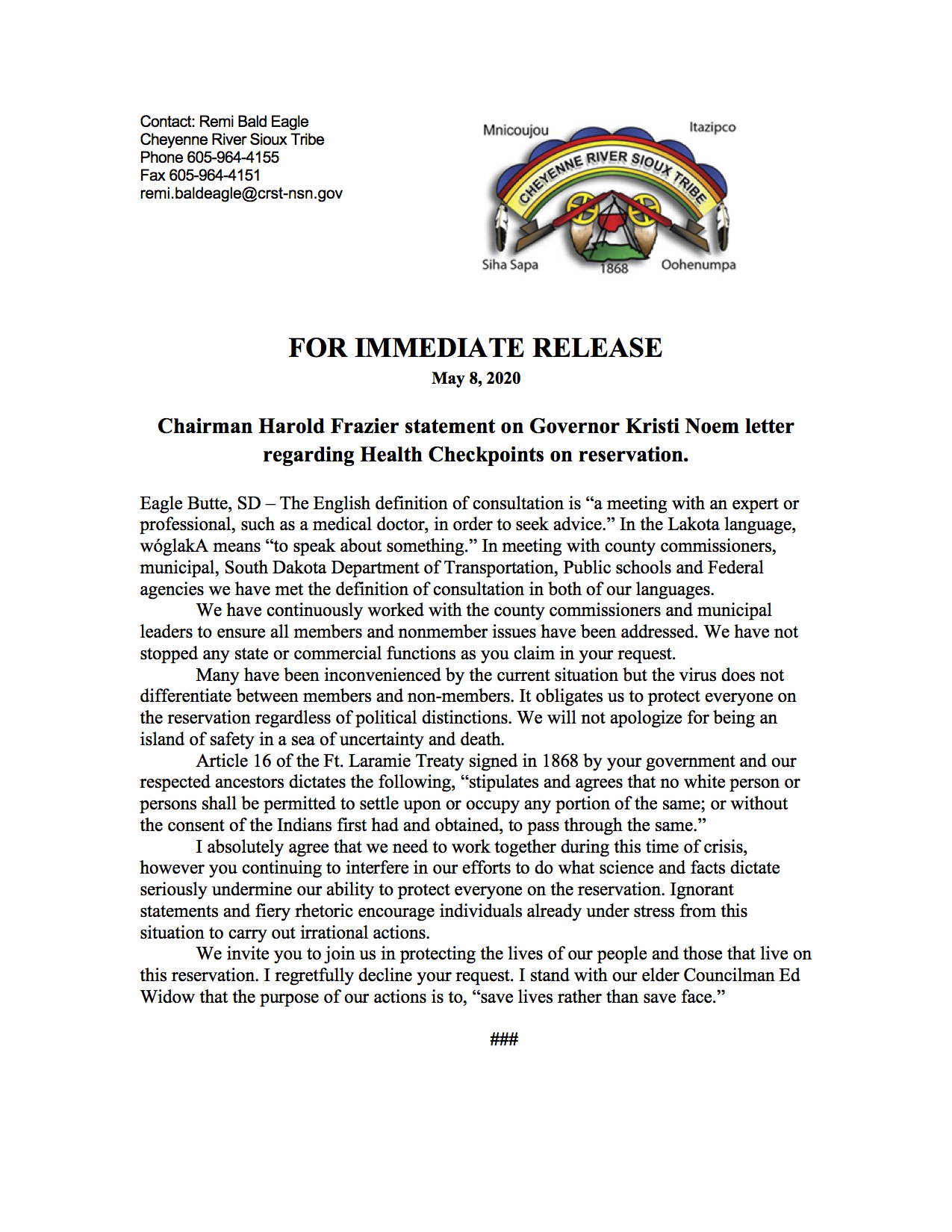 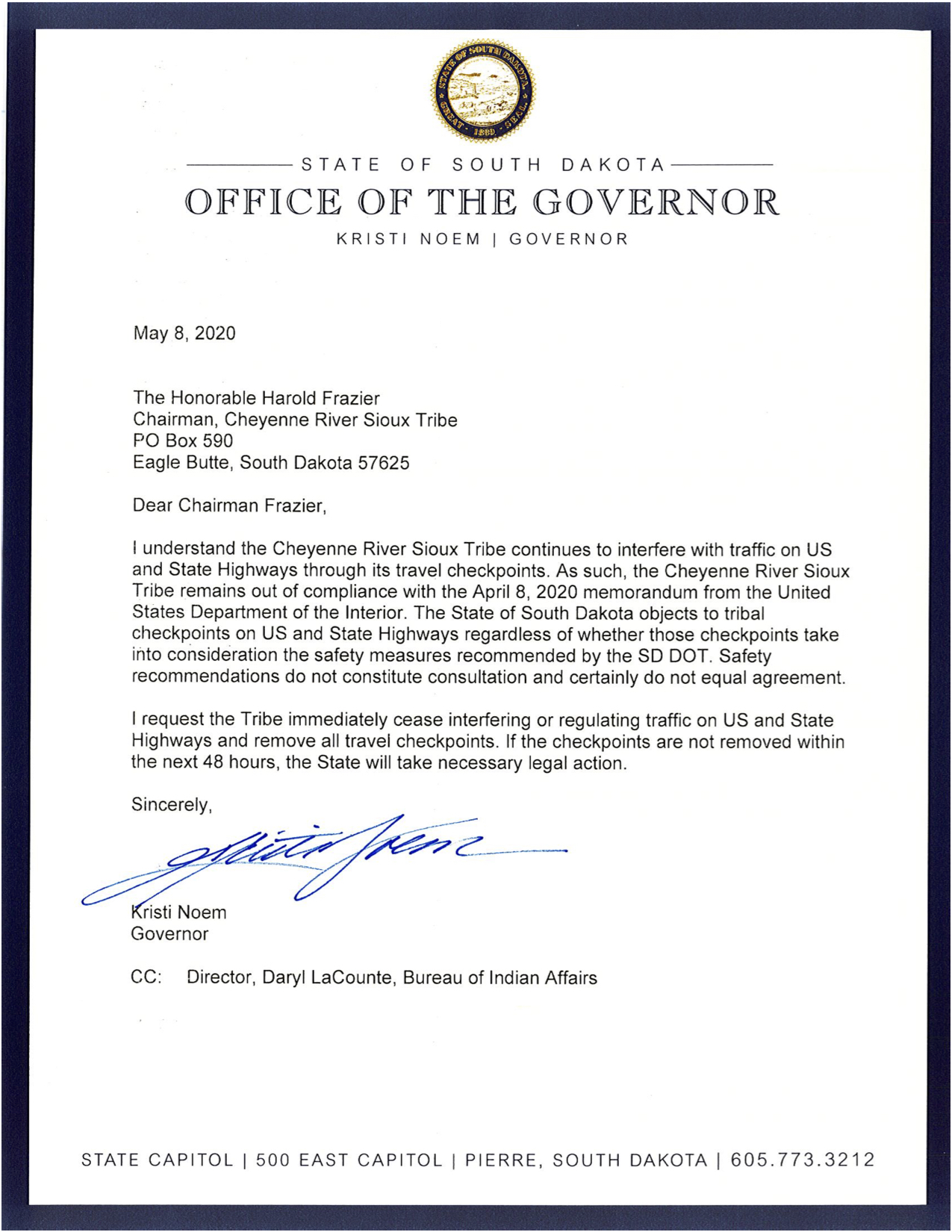