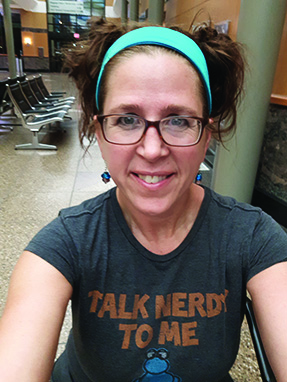 A day of thanks, once a year in America, brings families together. We eat, talk, laugh, play games, watch TV and eat some more.

According to history.com, on “October 3, 1863, expressing gratitude for a pivotal Union Army victory at Gettysburg, President Abraham Lincoln announces that the nation will celebrate an official Thanksgiving holiday on November 26, 1863.”

George Washington called for a national day of thanks and prayer after the American Revolution, but it did not become an official holiday because of people like Thomas Jefferson, who felt that “public demonstrations of piety to a higher power, like that celebrated at Thanksgiving, were inappropriate in a nation based in part on the separation of church and state.”

It was not until the carnage experienced at the Battle of Gettysburg did a sitting president decide on an official national holiday of thanks and sent the proclamation to Congress for approval.

The first actual Thanksgiving is often documented to have occurred in 1621, at which the Mayflower Pilgrims and the Wampanoag Native American tribe hosted. The two groups, seventh months prior, agreed to a peace treaty that lasted for 50 years.

Each of these historical occasions are significant for different reasons, but the people at each time, felt the need to show their appreciation for having survived great challenges that took many lives. Whether the challenge was starvation or war, the survivors were thanking their creator.

Today, some people approach the Thanksgiving holiday as a chance to give thanks and prayer to God or a higher power for not only the challenges they have survived, or the obstacles they have overcome, but also for what they have gained or sustained.

Every year, people write about thanks and giving thanks, and the Pilgrims and the Indians, and while it eventually can seem like a worn-out story glorified by history books and commercialism, I remind myself that a story, old and misrepresented, is still a story from which there are many lessons to be learned.

The Wampanoag and Pilgrims learned to get along. The Wampanoag chose to forgive the Pilgrims of their transgressions when shortly after arriving to the shores of the new world, they were faced with starvation and robbed Wampanoag graves of the corn.

The Pilgrims had to have asked for forgiveness and help or accepted the help offered from the Wampanoag to survive.

Each group decided to set aside differences in practice and culture and work together. Unfortunately, younger generations do not often understand the struggles of their ancestors. They are unable to feel the pangs of hunger from starvation or the sense of desecration after a relative’s grave has been disturbed.

Young people are often idealistic, and older people are often cynical. Experience can make us wise or stubborn, and if either the natives or the colonizers had been more stubborn, there may have never been a story of peace to talk about.

For all of the horrible stories our nation has to tell, and for all of the hatred that permeates our nation — between different races, socioeconomic classes, political and religious groups, generations, and individuals — we have as many stories of compromise and truce, of forgiveness and love, and of reconciliation.

We can instead say hello, shake hands, eat and then go back home. We can be civil to one another and even kind. We can create stories that last the tests of time, and teach our children how to be better toward one another — not after near starvation or the devastations of war, but after a long day’s hard work and a good meal.

EDITORIAL BOARD: The single most powerful act of love is to listen and to listen nowRacism is not PoliticsSenator Rounds’ Column: Coming back stronger