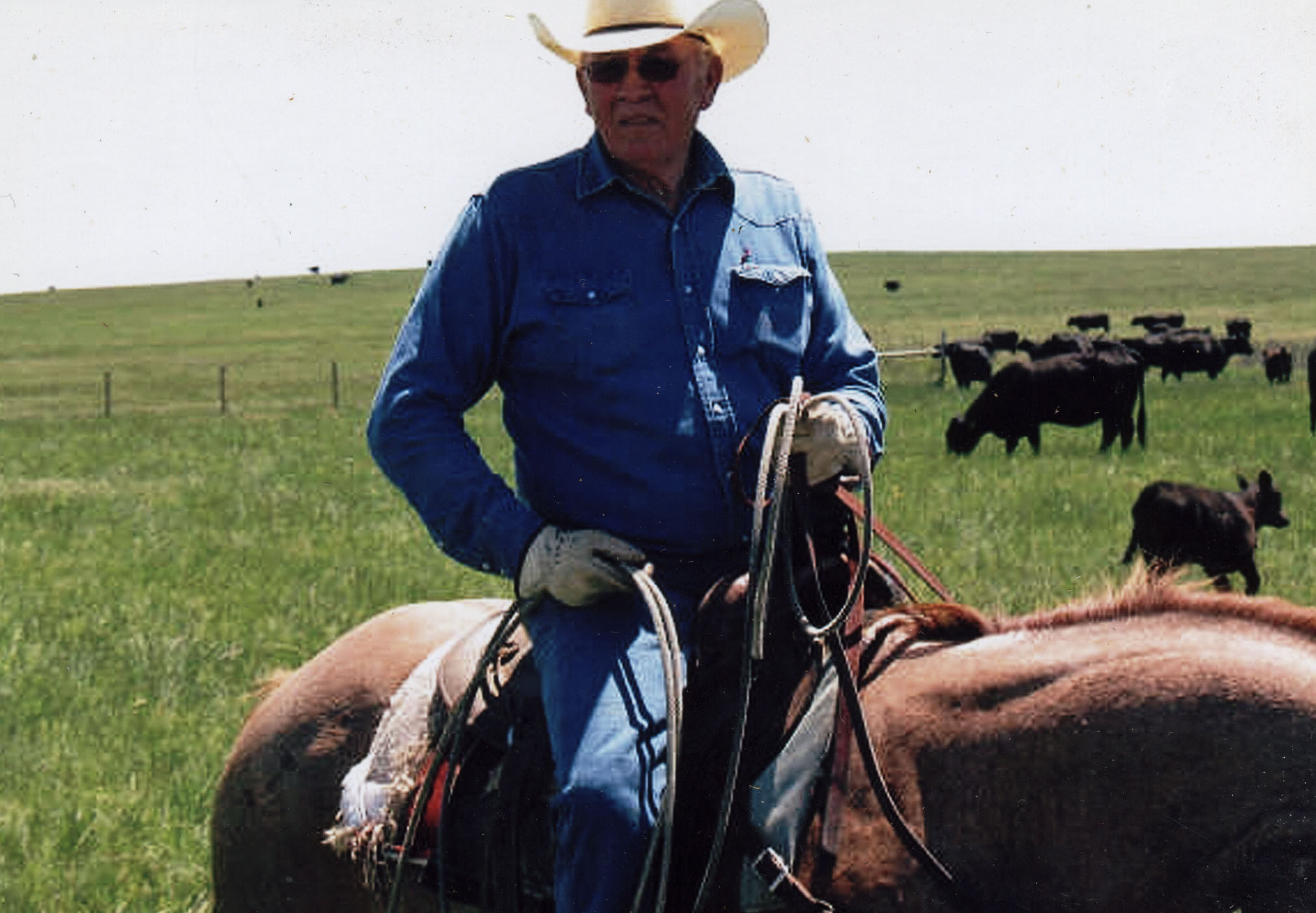 Funeral services for Calvin “Red” Traversie, age 78, of Ridgeview were at 10:30 AM, MT, Tuesday, June 2, 2020 at St. Joseph’s Catholic Church in Ridgeview. Visitation was one hour prior to services. Burial was at the St. Joseph’s Catholic Cemetery under the direction of Kesling Funeral Home of Mobridge. Red passed away Thursday, May 28, 2020 at St. Alexis Hospital in Bismarck, ND.

Calvin Blaine “Red” Traversie was born on January 8, 1942 at the Cheyenne Agency to Blaine and Edith Garreau Traversie. He grew up along the Moreau River near White Horse and was the third of 14 siblings born to Blaine and Edith. He attended Cheyenne Agency Boarding School until the agency was moved to Eagle Butte and he graduated in the first graduating class at C-EB in 1960. Growing up he spent time with his Aunt Marie and Uncle Jules Lamb, who were like second parents to him. Red always recounted his many memories of time spent with his beloved maternal grandmother Elizabeth Yellow Hawk in LaPlant. He spent summers in Red Scaffold with his grandmothers Ruth Yellow Hawk Thunder Hoop and Bessie Yellow Hawk Veo and his aunts Rose Thunder Hoop and Eunice Little Thunder and Drucilla Widow. Red was very proud of his Lakota ancestors and his lineal descendency from Chief War Eagle and Chief Yellow Hawk. He held his paternal grandfather, Andrew Traversie, in the highest esteem, who was Chief Gall’s interpreter and an early day rancher and horseman who raised and sold remount horses to the US Army.

After graduating from C-EB, he worked at the Tribal grocery store and for area ranchers before being drafted into the US Army in 1964. Red completed basic training at Fort Polk, had his speciality training at Fort Sill, and was stationed at the US Army base in Butzsbach, Germany for the duration of his military service. He proudly served his country and was honorably discharged on March 31, 1966 and returned home to Cheyenne River.

On May 20, 1967, he was joined in marriage to Audrey Hiett. To this union, three daughters were born: Monica, Donna and Kimberly. During their newlywed years, Red worked for Buzz Kinning at the 66 Standard Station in Eagle Butte. He also worked for John and Murphy Holloway as a ranch hand. In1968, he became employed by Moreau Grand Electric and worked as a lineman until 1974.

Red was elected to CRST Tribal Council and served as a District 4 council representative from 1974-1976. He resigned his council seat in 1976 when he and Audrey moved out of the district to take up residence in Ridgeview, where he resided for the rest of his life. Red was elected as a District 6 Tribal Council Representative in 1986 and served on Tribal Council until 1994. For Red, it was an incredible honor to serve and represent his people and he worked diligently to preserve and promote the sovereignty of the Cheyenne River Sioux Tribe.

Red was a true cowboy, horseman and rodeo pickup man. Red loved rodeo and he competed in both tie-down team roping and steer wrestling. In 1968, he and his partner Mike Tibbs, won the SDRA Championship in the tie-down team roping. He won many rodeos throughout his 20 year rodeo career and made countless lifelong friends along the trail.

Red was gambler by nature and he was truly the luckiest man alive. No matter how small the odds were, he somehow managed to win every single thing he wagered on. He loved smokers, horse races, dice games, blackjack, and any calcutta bronc match. Family holidays were spent eating, playing black jack and rolling dice. When asked recently about his uncanny luck, he remarked, “Good luck and hard work follow the same trail.”

Red was a lifelong rancher; he loved his black angus cattle. He took pictures of his herd with his phone that he showed Audrey each evening. He enjoyed helping his neighbors and family and watching his fellow ranchers grow and succeed in the cattle business. He was generous in every way and never turned his back on a person in need. His greatest joy in life was his grandchildren, and every one of them was his favorite. He loved to joke and tease; it was his way of showing he cared for you. Every time he’d call someone on the phone, he’d identify himself by saying, “This is your leader.” It always got a rise or a chuckle out of whomever he was talking to.

Red was preceded in death by his parents, Blaine and Edith Traversie, Chuck and Katy Hiett who were second parents to him, his brothers Tom Traversie and Delbert Traversie, all of his aunts and uncles, his niece Jessie Long, and his nephews Duffy Dupris, Smokey Traversie, TC Holloway and Tom T. Traversie.

Honorary pallbearers are all of nieces and nephews, who he loved dearly (Uncle Red was their hero); all of his numerous friends and family; and the military veterans of Cheyenne River.