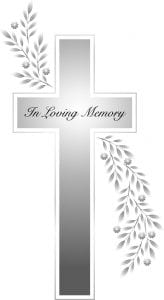 Calvin R. Austin, 67, of Westport, SD, passed away Tuesday, May 19, 2020, at his home. His wishes were to be cremated and a graveside committal service will be held at Sacred Heart Cemetery in Westport at a later date. Schriver’s Memorial Mortuary and Crematory, 414 5th Avenue NW, Aberdeen, is in charge of arrangements. Family and friends may sign Calvin’s online guestbook at www.schriversmemorial.com.

Surviving Calvin are his children:  Twyla (Shane) Storm of Westport, SD, and Bill Austin and Curt Austin, both of Aberdeen; his step-daughter, Rhonda Edwards of Fargo, ND; many grandchildren; and numerous brothers, sisters, nieces and nephews.

Calvin is preceded in death by his wife, Janet; his parents, Raymond and Zelma; one step-daughter; and several brothers and sisters.