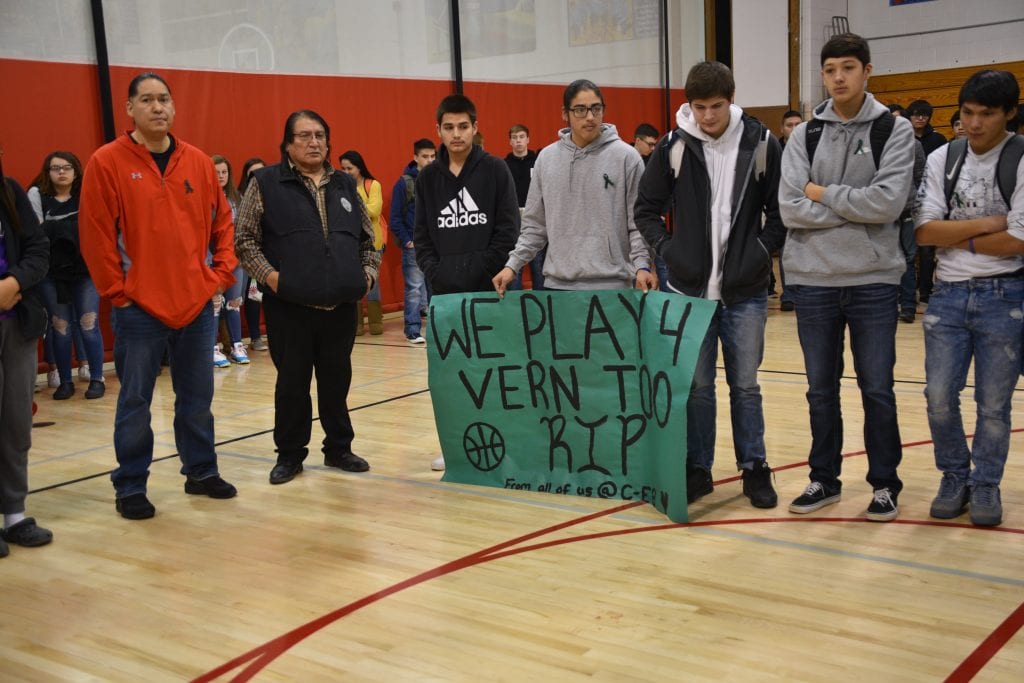 Students made a sign that said, “We play 4 Vern too, RIP from all of us at C-EB.” After the memorial prayer, the students hung the poster in the hallway where it will stay until the holiday break. Photo by Jody Rust

A small group of Cheyenne-Eagle Butte students met with High School Principal Mrs. Hall and requested the school have a brief memorial for the Dupree freshman student, Vern Mexican, who passed away in practice on the basketball court last week. Emanuel Red Bear lead the school’s staff and student body in prayer with the varsity basketball players creating a center circle and the staff and students creating an outer circle in the high school gym. Students made a sign with Vern’s name on it to hold during the short memorial. Dean Dupris sang a prayer song in Lakota. Red Bear and Dupris both expressed the need for everyone to take care of themselves so that they can look out for each other.

Dupris said that the Dupree students body and staff held a memorial for Vern last week, and people were heavily impacted y the event of Vern’s death since it took place in front of students of all ages after school in the gym. He also said that most of the people on Cheyenne River have known someone that has passed away, and that we need to make the most of the lives we have been given be- cause we never know when our own lives will end.

Finally, the speakers said to pray for all of the athletes who put additional stresses on their bodies and minds every day that they remain strong and healthy throughout the season.

Students were quiet and respectful during the prayer, prayer song and smudging. After the event, several students from each grade level expressed how much they liked it that several individual students took the initiative to recognize one of their peers. Even if they did not know Vern, and even though he was a student at a neighboring school, they thought it was a nice gesture to take time to recognize him and his family in prayer and song. 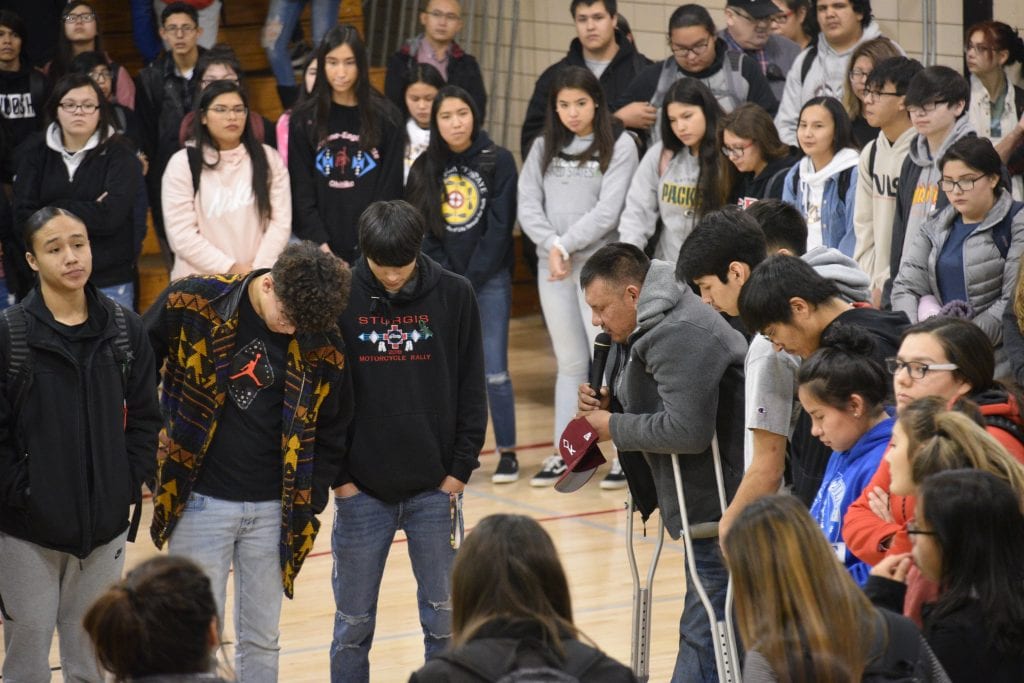 Dean Dupris sings a prayer song for the students who honored the student, Freshman Vern Mexican who walked into the spirit world last week. 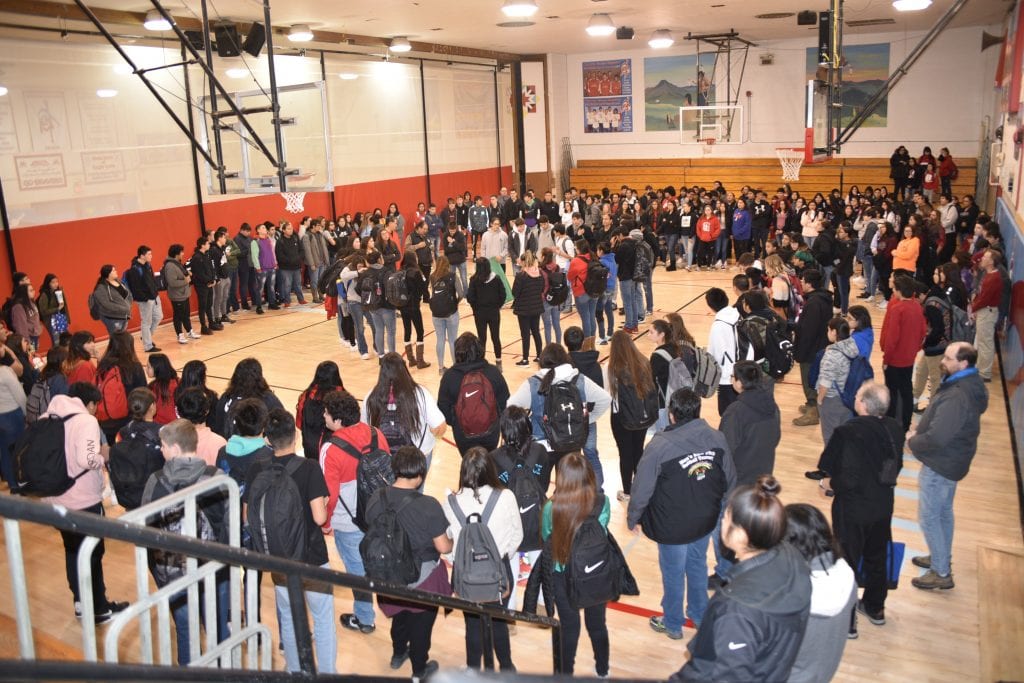 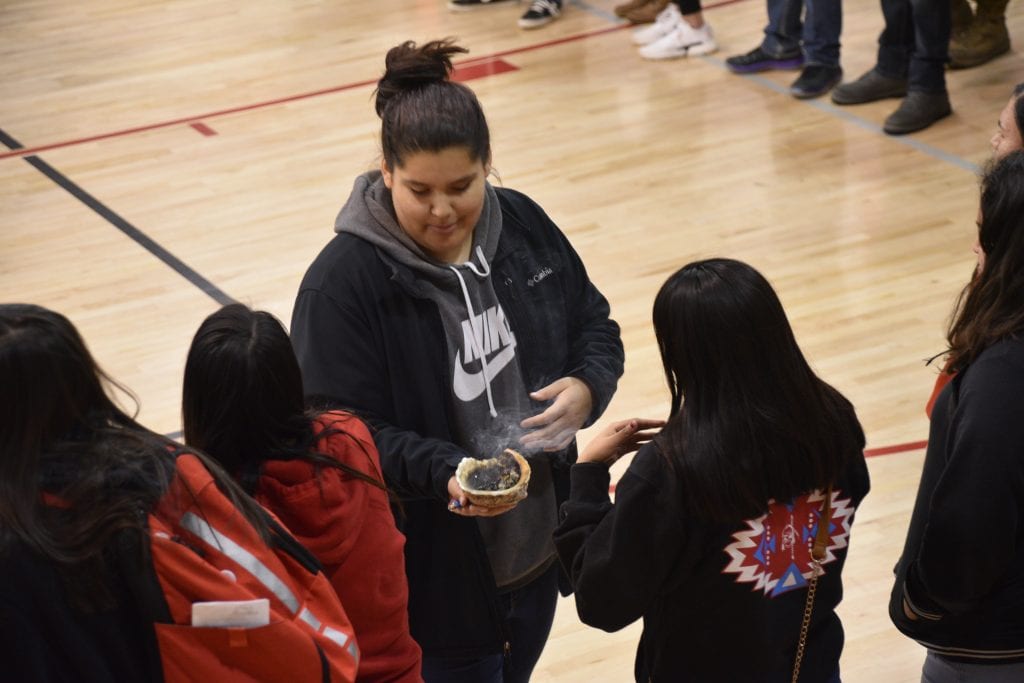 PHOTO BY JODY RUST Students smudged in the gym during the prayer and prayer song in honor of the Dupree basketball student who passed away. Students prayed for students, staff, friends and family of the student as well as the well-being of all youth athletes.