The game proved to be a tough one for the Braves who trailed in the second quarter, 6-8, with an eventual final score of 6-28.

“It was our first full game of the year, so it was something new for the junior high. The boys learned a lot today. Had a few kids ineligible because of grades, but they did a good job today,” said Braves Coach Lance Eagle Staff.

The team has a few games left, and with the athleticism displayed by this young team, they have the ability to strengthen and gain as they move forward making the adjustments needed for their next match up.

The next game will be Saturday, October 12 at 9 AM MST in Dupree, for the Dupree Jamboree. The next home game will be October 14 at 4 PM MST, with the last game on home turf the following week on the 21st at 5 PM MST against Faith. 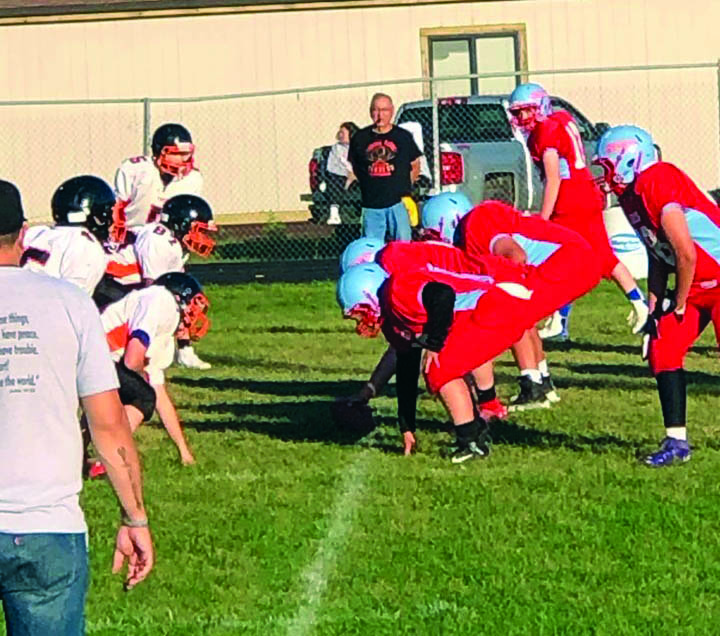