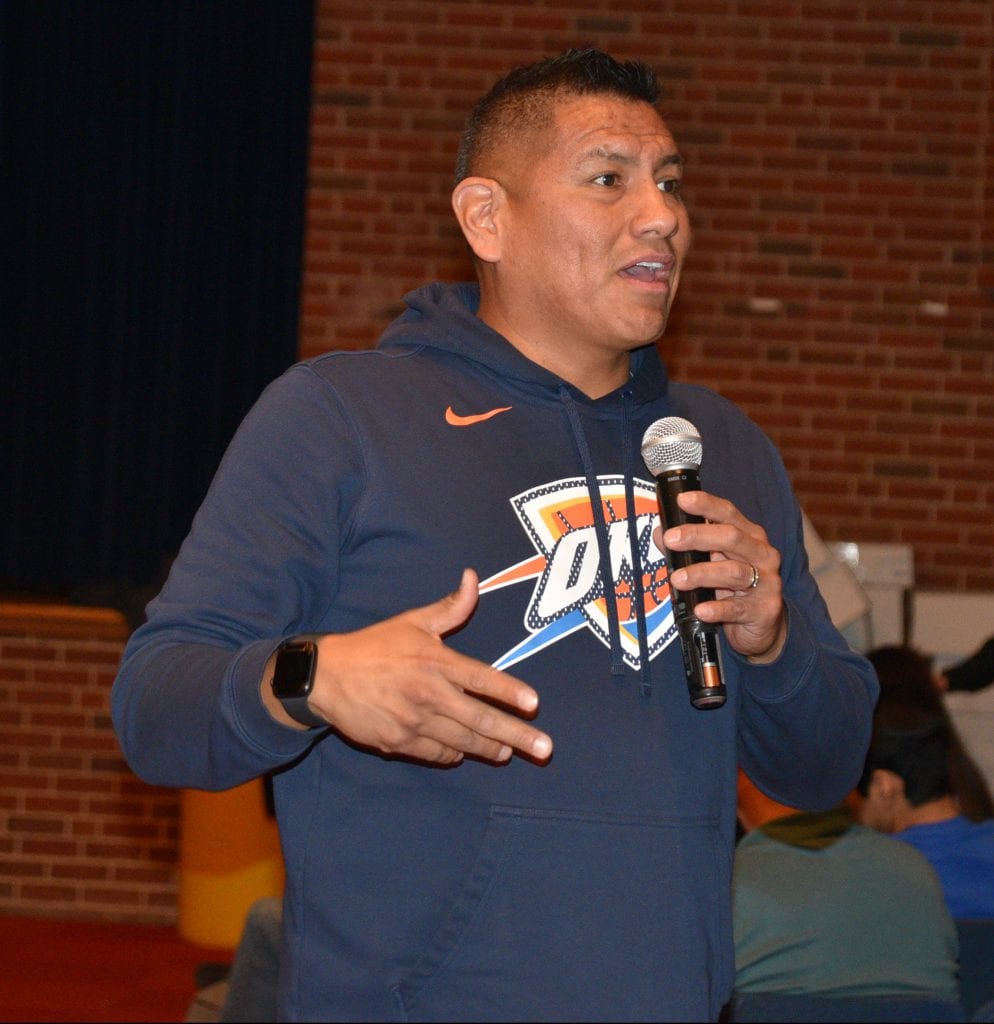 Chance Rush and Emcee One shared their inspirational stories as entrepreneurs who took a passion and made it a reality by paying attention to the details around them.

Chance Rush expressed the importance of education as a tool to open doors — not make money — and that the true money can only be found in following and acting on one’s passions.

The pair passed out tickets and had a drawing for major prizes, including air-buds and HG TV’s.

History Teacher Larry Elwess and Sophomore Mitchell Yellow Wolf participated in a dance off, and Elwess elicited major roars of support from the crowd as he busted out with break dance moves, as well as some old school and new school dance moves.

The students seemed to enjoy the presentation as the presenters sent them off with some hope to chew on over the holiday break. 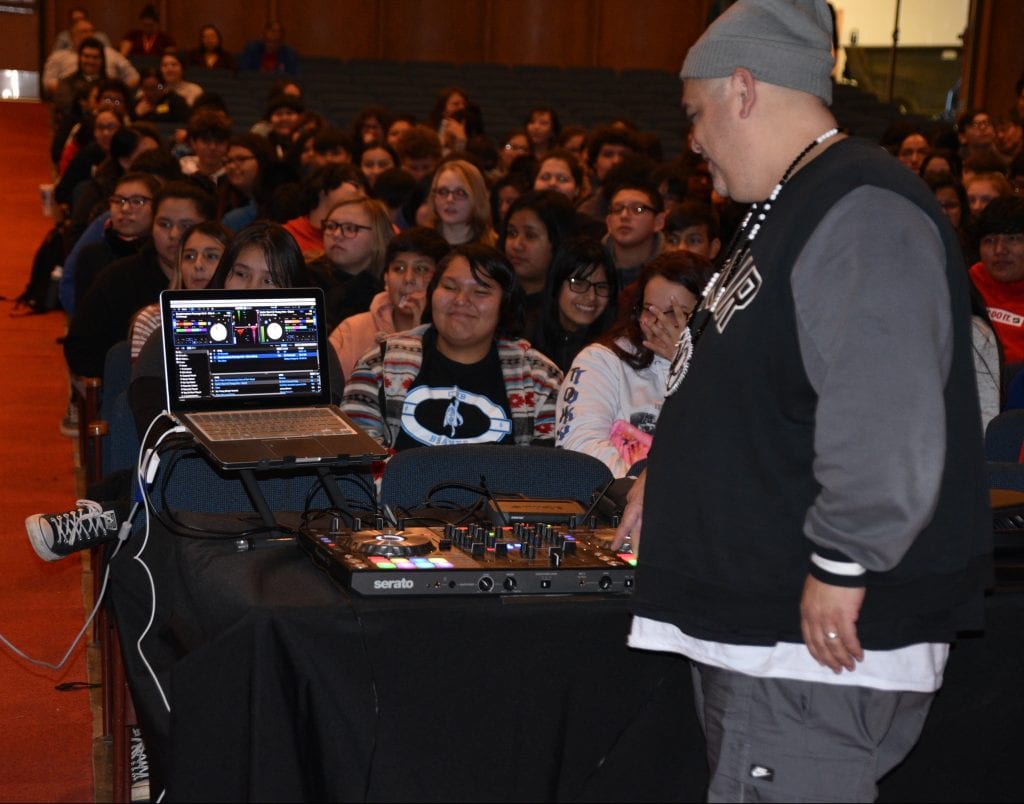 PHOTO BY C-EB JUNIOR DELILAH METCALF
Emcee One brought his DJ equipment to entertain the students at the speaking event he hosted with Chance Rush.