Nine acts took the stage demonstrating their talent in music, acting and comedy.

Teachers and students got into the show, with Ruth Beckler singing a Disney song, and Steve Beckler and Larry Elwess, math and history teachers, provided a comedy sketch along with a rendition of “Sweet Caroline” by Neil Diamond with audience participation.

The show provided a nice respite from the end-of year stress. 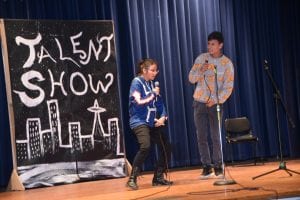 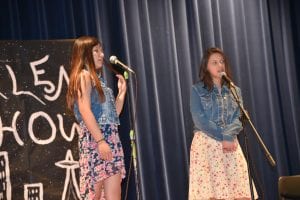 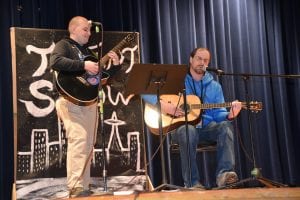 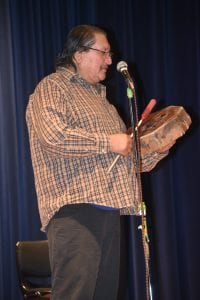 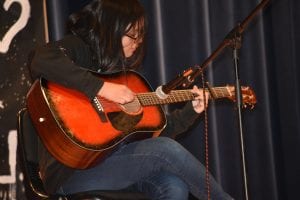 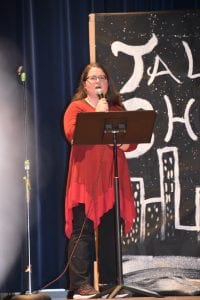 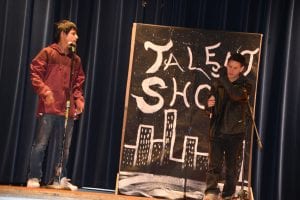 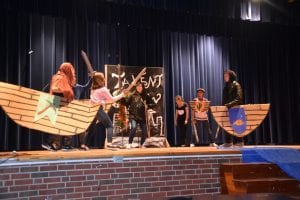 Drama Club members performed “The Tale of the Lake,” which turned out to be a story with a math punchline. Photo by Fallynn Cloud Eagle