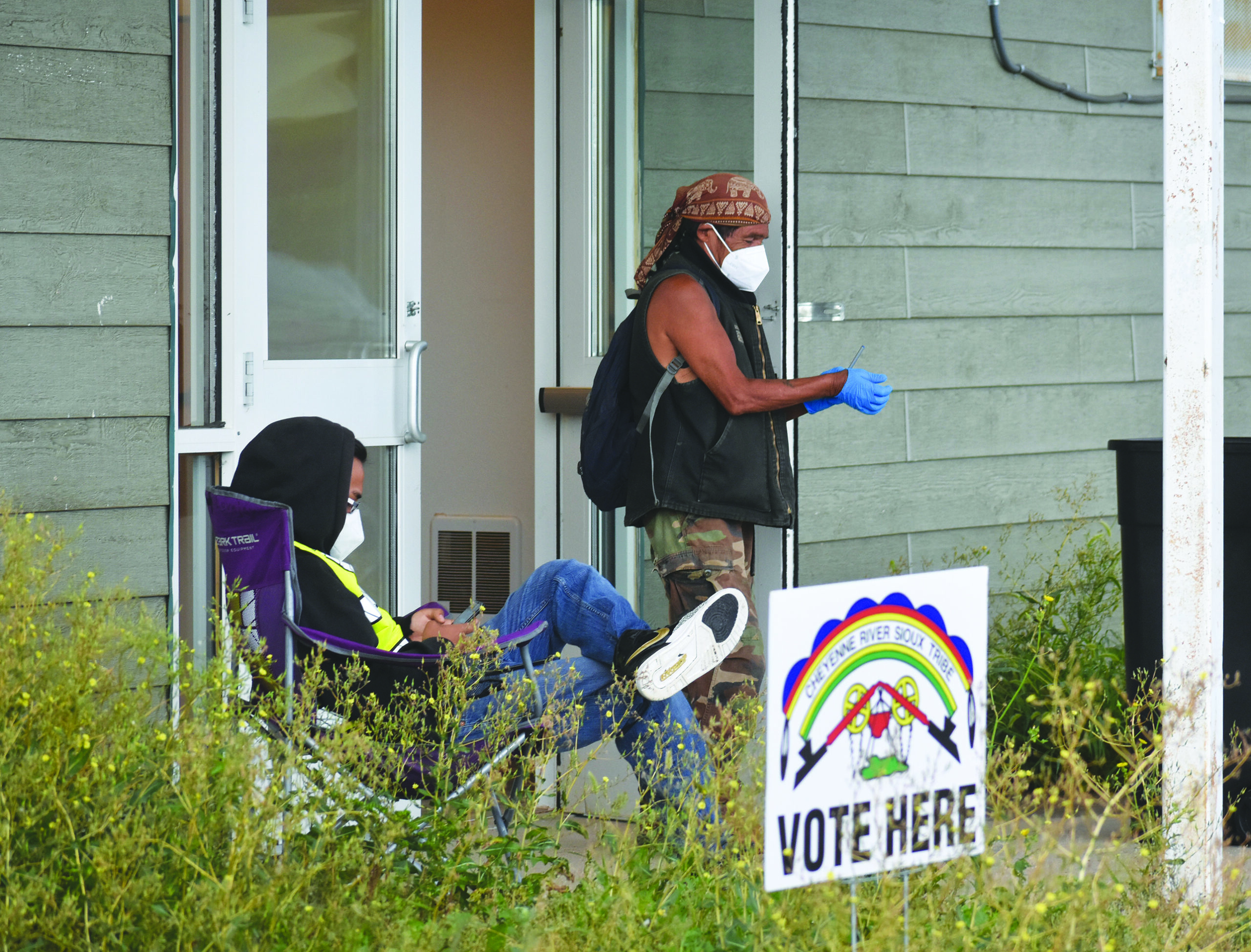 Late this evening, Cheyenne River Sioux Tribe Attorney General Tracey Zephier announced the new District 5 Council Representatives Primary Election will be held on Friday, Aug. 21. The polling location is at the CRST Bingo Hall, and the poll will be open from 7 a.m. to 7 p.m.

Tribal members who have already voted by absentee ballots do not need to re-cast their vote. The absentee voting period for the new District 5 Council Representative Primary Election will begin Tuesday, Aug. 18, at 8 a.m. at the Tribal Secretary’s Office. Absentee voting will be available until 5 p.m., Thursday, Aug. 20.

Please contact the CRST Tribal Secretary’s Office at 605-964-8311 if you have questions. 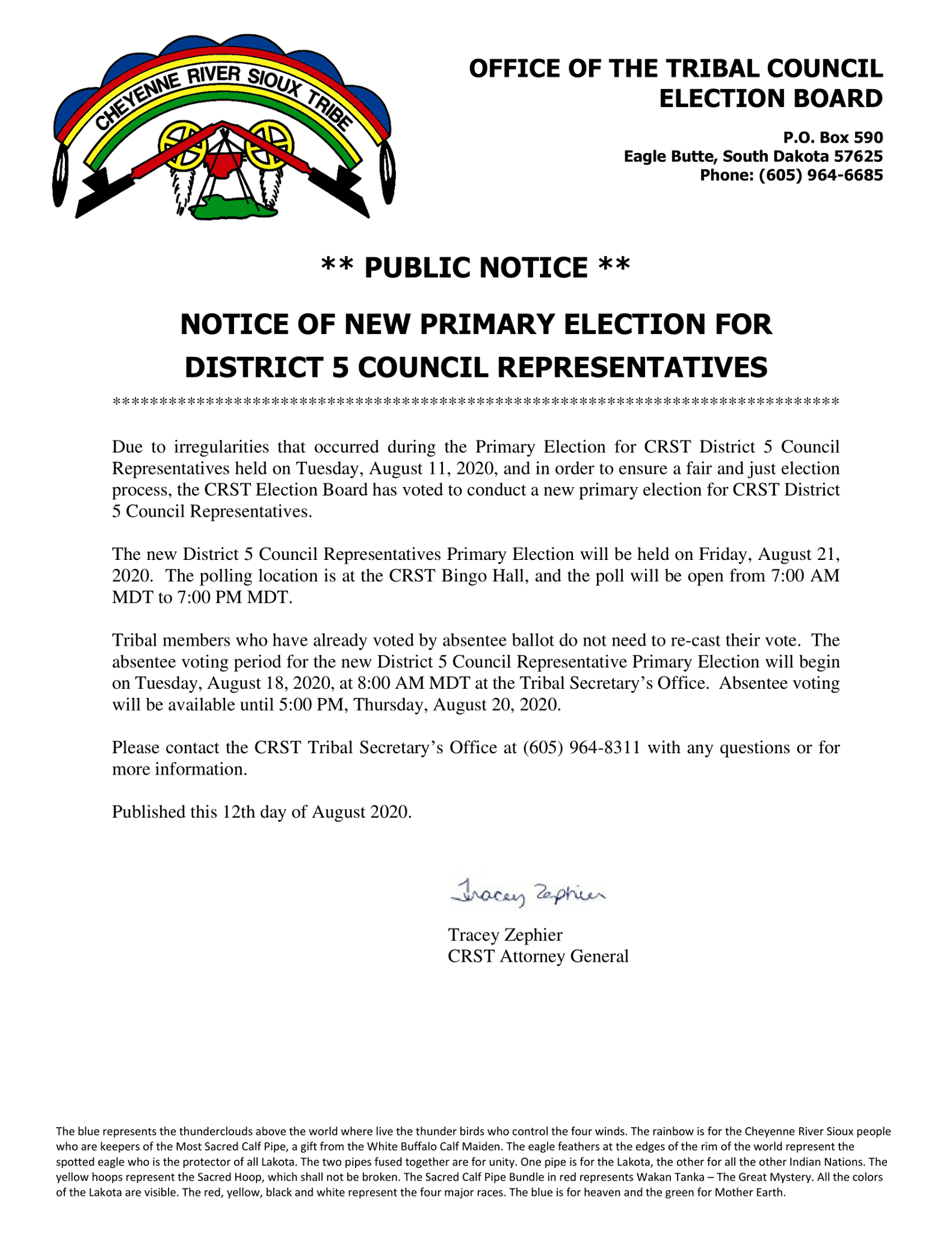