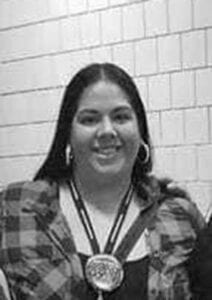 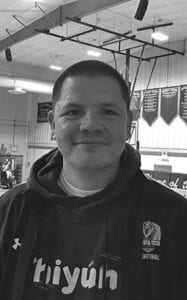 On Saturday, January 30, Lakota Tech High School from Wolf Creek, on the Pine Ridge Oglala Reservation, made a swing up to Dupree to take on the Tigers in a basketball doubleheader. They had just played the Marty Braves on Friday night on the east side of state, and before returning home they swung up to make their very first appearance on the Cheyenne River Sioux Indian Reservation. Everything the Lakota Tech Tatanka do is a first.

Lakota Tech opened its doors for the very first time on August 25, 2020, and it is a South Dakota state school that bases its academics on career and technical education. As of this date they have 350 students enrolled from nineth grade to twelfth. In talking to Principal, Stephanie Bisenmenger, she said that it is the goal of the school to take different ways to educate Indian students by creating new pathways. Besides fully addressing all their academics requirements, students have the opportunity to receive technical training and professional skills to immediately jump into the workforce, as well as exploring and enhancing their Lakota culture, practices, and values. And like everything else at Lakota Tech, sports play a major part in making these students well-rounded young people to enter the world beyond high school and the boundaries of Indian Country.

The man guiding the boys for Lakota Tech is Lyle LeBeau, Jr. Lyle has been coaching for a long time and prior to coming to Lakota Tech he coached the girls at Little Wound High School and the women at Oglala Lakota College. He says coaching is in his blood and he would feel empty without it. Thus, being committed he works very closely with his players and he is like a pseudo-father to them in that they send so much time with him inside and outside the school. When interviewed, Lyle had just finished up going over game-tape with his team at his personal residence on Sunday afternoon. So, the players are as big part of his life as he is theirs.

His immediate goal for his boys to take them to state tournament this year, even though they currently possess a 5-4 record. With his players coming from all over the reservation and different schools, e.g., Pine Ridge, Red Cloud, and Little Wound, he believes his team has not quite yet gelled. There is no doubt though, he does not only have top-quality talent but a lot of height that any South Dakota coach would die for. And in watching them play in Dupree it is easy to see that they more than have the ability and skills, but as, Lyle stated they are not quite clicking yet. As for his long-term goal, he claims he isn’t going anywhere because he found a home at Lakota Tech.

At the helm for the Lady Tatanka is Laura Big Crow. Laura is basketball star in her own right – she not only played and starred at Pine Ridge High School but at Williston State College for two years and then at Mayville State University for another two. Prior to coming to Lakota Tech, Laura was coaching at Pine Ridge High School and anyone who follows girls high school basketball know that Pine Ridge is a perennial favorite. All her accolades seem to have carry over to her team because they currently have an overall record of 8 and 0. Not to mention they have been dominating teams even though they are a young team themselves – there isn’t one senior on her squad.

Laura’s goal is to get her girls to the state tournament this year, and there is no doubt at this point in time, her team’s chances look great. But more than coaching her girls the concepts and strategies of basketball, she wants so much more out of them. Besides playing sports she wants all her players to go onto college. And she knows if she can continue to brin eighth and nineth grade girls from all around the reservation into the program, she can start cultivating that agenda and goal with them too. So, her long-range goal is to build a solid program while improving the lives all those young ladies under her auspices.

Thus, like Lakota Tech High School, coaches Lyle LeBeau, Jr. and Laura Big Crow have lofty goals for the children under their care and tutelage. And like the institution these coaches know to reach big is to gain big.