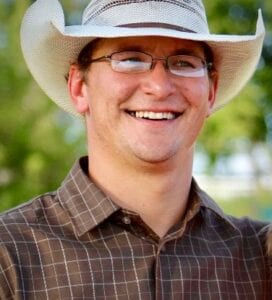 Austin T Scott, 31, of Fort Pierre, SD, passed away Tuesday, July 14, 2020 in Fort Pierre, SD. A visitation will be from 5:00pm to 6:00pm on Sunday, July 19 with a time of sharing starting at 6:00pm at Community Bible Church in Pierre. A Funeral service will be at 11:00am on Monday, July 20th at Stanley County Fair Grounds, a burial will follow at Scotty Philip Cemetery in Fort Pierre. The Funeral service will be live streamed on Austin’s obituary page at www.isburgfuneralchapels. For those wishing to attend the services please practice social distancing and wearing a mask is suggested.

Austin was born on April 14, 1989 in Pierre, SD to Todd Scott and Shavonne Mitchell.  He was raised in the Ft. Pierre/Pierre area.  Austin was full of love and brought joy to people everywhere.

Austin attended Stanley County school in Ft. Pierre where he was active in football, wrestling, and track.  From a young age, Austin befriended all the kids in his class and always made a special effort to make all feel included. Austin had a lot of school pride and even recruited kids from other cities to come join the Stanley County Buffalos in football and wrestling.  Austin was honored to be selected as Homecoming King.  He also won many awards during sports for his outstanding sportsmanship.  Win or lose, he always had a smile on his face.  In fact, he was known across the state to all the wrestling coaches as “Smiley”.

During summers, Austin kept busy rodeoing, playing on the river, and working at Don’s Sinclair. In later years, he worked for Dakota Furniture Installation and various ranches.  He rode his first horse, Fine Warrior when he was 3 and never looked back.  He loved his horses and competed in bronc and bull riding and several other events – you knew he had Tibbs blood running through his veins.  He was a natural horseman and loved helping work cattle or just riding on the range. Dogs and horses always gave him a great deal of comfort, there always a dog by his side.  Austin spent many days camping and playing in the river at Okojojo, the pool, and camping at Cedar Creek.  He loved to jetski, swim, snorkel and any other water activity.

Austin had a beautiful smile that lit up a room.  He had a natural ability to make friends anywhere he went and had a deep love for children of all ages. Austin had a great sense of humor and could make you laugh with his quick wit, funny jokes and stories.  He loved to hang out with his family, nieces, nephews and friends.  This past 4th of July holiday, Austin instigated a water fight with his nieces, which they all loved.

From the moment he was born, Austin lived the cowboy way of life.  He had great influences who proudly groomed him and shared this lifestyle. He was born to be a cowboy.  It truly brought joy to his life.  Austin spent time working cattle, branding, breaking colts and other ranch work whenever anyone needed a helping hand.

He loved to travel with his family.  In February of this year, the Mitchell family spent a week at Disney World which was a trip filled with special memories.

He will be missed by everyone who’s life he touched.

In Lieu of flowers, a memorial in Austin’s name has been established to Honor Stanley County Sports.