All Nations Football Conference postponed until 2021 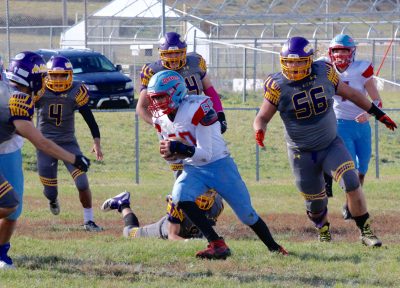 The All Nations Football Conference member schools met last Wednesday, Aug. 13, to discuss the 2020-2021 football season. It was determined that only five of the 16-member schools could participate in the fall 2020 season due to restrictions from COVID-19.

The All Nations Football Conference Board of Directors, who are comprised of officials from Flandreau Indian, Little Wound, Cheyenne-Eagle Butte, Omaha Nation, Lower Brule schools, voted unanimously to postpone the fall 2020 season to spring of 2021.

The season will take place from April – early June 2021, with a six-game regular-season, quarterfinals, semi-finals and finals.

Earlier this year, it was reported that McLaughlin (North Dakota), Omaha Nation (Nebraska), and Winnebago (Nebraska) officially joined the conference.

Cheyenne-Eagle Butte and Takini play in this conference, but due to the pandemic, both schools have announced the cancellation of all fall sports.