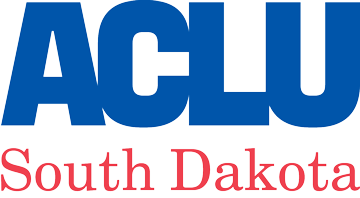 As the clash between Gov. Kristi Noem and state tribal leaders continues, the ACLU of South Dakota supports the rights of the Cheyenne River Sioux Tribe and the Oglala Sioux Tribe to continue their checkpoints on roads traveling across their land as part of their coronavirus response efforts.

Noem’s demands for the tribes to remove the checkpoints and threat of legal action is an unnecessary escalation of the already strained relationship between the state and the two tribes.

“Tribal sovereignty allows the tribes to operate these checkpoints within their land,” said Candi Brings Plenty, the ACLU of South Dakota’s indigenous justice organizer. “Undermining that tribal sovereignty, that authority for the tribes to govern themselves, goes against the treaties the tribes have with the United States government. Per the U.S. Constitution, these treaties are the law of the land. But even with an obligation to uphold all treaties, the government’s track record is dismal. So for the tribes, these checkpoints are essential to protecting the health of the people on the reservations. Threatening costly litigation against the tribes isn’t the answer. Good relationships and solid communication is.”

Native American tribes have suffered discrimination and injustice at the hands of colonizers since the country’s founding, yet contemporary civil rights discussions all too often ignore Native American rights.