On the sailboat at night, the wind woos the rigging, slips in through the hatches and sweeps over your body — a welcome relief from the heat that hovers in the night air.

Waves lap along the port and starboard, bounce the dingy trailing off the stern, and rock the boat from side to side – orchestrating a harmonious lullaby.

Despite the marine lights, and the glow from the town of Luperon on the other side of the hill, the stars sprinkle the dark dome above.

My Dad sits on the cockpit, starboard side, the rapid clicks from his phone indicate another win in his game of solitaire — “3,700-some wins,” he laughs.

Tonight is my last night on the boat this summer. I am not likely to come back for another visit until 2021 or 2022.

The challenge of following one’s dreams is that those dreams do not always put you in close proximity to the ones you love.

Some people refuse to leave the place they call home. Other people can’t seem to stay in one spot for long. One of my aunts claims we have gypsy blood that drives us to explore the world for all its potential – to learn its secrets if it has any it’s willing to tell or we are willing to listen for.

This summer’s journey introduced me to the modern-day sailor – an eclectic culture of people from around the world. Some of them have made a lot of money or inherited a lot of money and have been able to buy a boat on which to sail. Others have sold all they have to buy a boat and sail out to sea. Still others have inherited the love and skill of sailing from their parents.

There are people in their 70s, like my father, or in their 30s, or some age between, who live on their boats, work on their or out of their boats, and sail into the wide expanse of the ocean whenever they can.

While living along the equator sounds like another day in paradise, there is a reality to the romance.

Sticky days and nights moisten the skin and when the air blows, dust clings to you, creating a silt that makes that cool shower on the boat a welcome relief.

The salty air settles on your lips and seeps into your tongue.

On my Dad’s boat, we have to pump the toilet with a lever to flush it. There is a whale pump from which we access drinking water that squirts out the spout in the galley sink. I thought my father told me that the water tank is replenished with gallon jugs, but it’s five-gallon jugs that are hauled in on a dingy and dumped into a freshwater tank on the boat.

My father and I made brownies, cupcakes, a lobster and shrimp alfredo in the galley of his boat. We drank coffee and ate eggs and potatoes in the mornings, or sometimes went into town for a bowl of fruit and yogurt from the Patio.

To cook on the boat, my Dad must keep a store of propane.

Back on the boat, a switch board controls which electronic element will get electricity, and gas is needed to run the generator when the charge on the batteries drain too low.

One early morning there was a choking sound coming from the control area, and we had to start the generator to save the batteries from being completely drained.

Wind and solar energy help to keep the boat’s batteries from requiring the generator all of the time, but my father’s wind generator needs a new cone and blades, which he is waiting for from the States. He has a fellow sailor who is a former airplane mechanic who will help him replace the parts and get the wind generator up and running again.

Another task sailors must do or have done regularly is to clean the barnacles from the bottom of the boat because they cause a drag that slows and weighs the boats down.

The motor on the sailboat also needs to be maintained so the sailor will not have to sail into the harbor or be stuck dead in the water when Mother Nature silences the wind into a deadly calm.

My Dad and other sailors often go to the local supermarket for boxed and canned goods or paper supplies, and collect fresh vegetables and in-season fruits from vendors selling out of the back of their trucks.

One local sailor, Norm, who is married to a woman who is Dominican, owns a dairy farm and Wendy’s Bar that caters to the sailing community here in Luperon.

Some days we go into town to spots many sailors frequent – where they sing Karaoke, play pool or poker, or dance. Other days we rode up the mountain or along the coast.

The best days were the ones when stayed on the boat or sailed out of the harbor and cruised in the Atlantic.

Three days a week I was lucky enough to attend a yoga class along with several other sailors who were supposed to meet at the dock at 8:15 a.m., but who usually did not show up until 8:30 with an 8:45 start time at the abandoned resort on the hill overlooking the harbor.

This glimpse into a sailor’s life proves to me that no matter where you go, there are drinkers and dreamers, lovers and haters, loners and socialites – and often times, one person can embody more than one if not all of these elements no matter where he or she lives or the lifestyle he or she chooses to live. 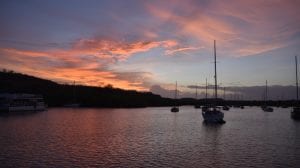 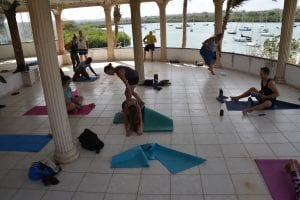 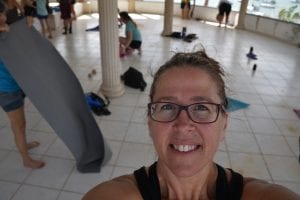 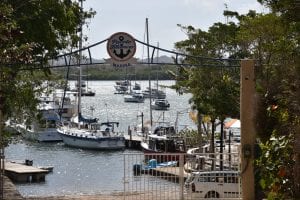 MMIW affects the nationFirst week of Legislature reportLetter to the Editor: Inspired by young women at Snow Queen pageant