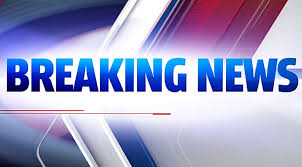 The Cheyenne River Sioux Tribe is currently engaging discussion on a feasibility study to determine whether or not the tribe should set up toll booths on State and Federal highway entry points.  The toll booths being considered will generate revenue the tribe can utilize in repairing failing transportation infrastructure on the reservation.

Chairman Frazier stated, “We need to take such action because of Federal neglect in the infrastructure property they have initiated. I have been all over Indian country and realize that the federal government is not interested in helping anyone so we have to do it ourselves.”