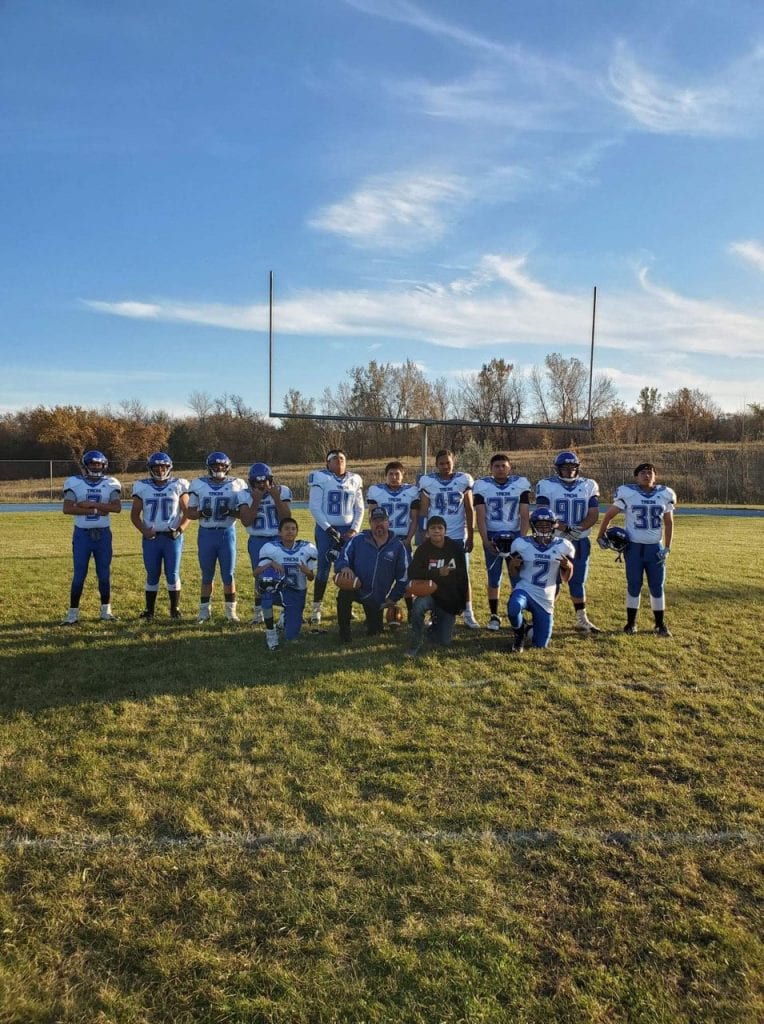 Have you ever tried something new that you have no experience with?  There are two ways to proceed when stepping out of a comfort zone when it is your first time trying something new…it may be a sense of nervousness, uncertainty, and doubt; or it may be full-steam ahead with excitement, comradery, and commitment. Takini School opted to play nine-man football this school year, for the school’s 30th year anniversary.  There was not any nervousness, uncertainty, or doubt from our Skyhawks; there was only excitement, comradery and commitment. The SY 19-20 Skyhawks Football Team was a season that consisted more of winning and losing.

Our football team experienced many “firsts” during their season. School started after Labor Day, which meant that football practice began two weeks before school. It was a first for our team to not only practice football, but to give up their summer to attend practice on warm days. It was a first to quickly build a football field and to practice without yard lines and goal posts.

Our team left that game with their head held high – the score did not matter. What mattered was that they were playing the game.

As the season progressed, staff and myself noticed a change in our players during the school day. We noticed a positive change and attendance was increasing among the players. The players’ attitudes were positive off of the field, and the team’s academics were increasing, with behavior issues decreasing.

This team has shown us all on how to proceed and faced change with Lakota values. We can all learn from the Skyhawks football team. They have taught their peers, the community, the school, and myself more that winning is not the end goal. They have shown us that the end goal is your character when you are faced with defeat and how you display the seven Lakota values when faced with adversity.

They displayed courage with traveling to each game, knowing that the opposing team had more experience than they did. They displayed bravery by playing a contact sport for the first time and getting up each and every time they were tackled. By smiling, 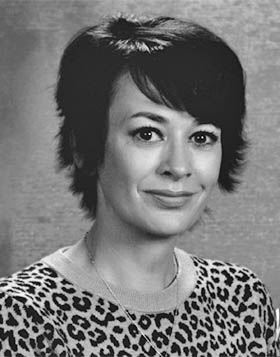 I would like to close this on by recognizing everyone who made our football season a success and for working behind the scenes: the school board for believing that our school can compete in nine-man football; Chip Bird Necklace for getting our players new gloves and socks; Travis Albers, Peyton Smith, TJ Afraid of Hawk, and Donald Schroeder for ordering everything needed for football; Harley Morgan and Marty Ward on how to score a football field; Derek Yellow Owl, Shilo Charging Cloud, Lee Valandra, and Justin Romero for being the chain gang at our home games; Kenric Dupris, Derek Yellow Owl, and Shilo Charging Cloud for building a football field in the middle of the prairie; TECA for funding orders; Derek Yellow Owl and Shilo Charging Cloud for driving the players to the away games; Remi Bald Eagle for announcing our games; Travis Albers for working the scoreboard, and most importantly to our fans for continually supporting the team.