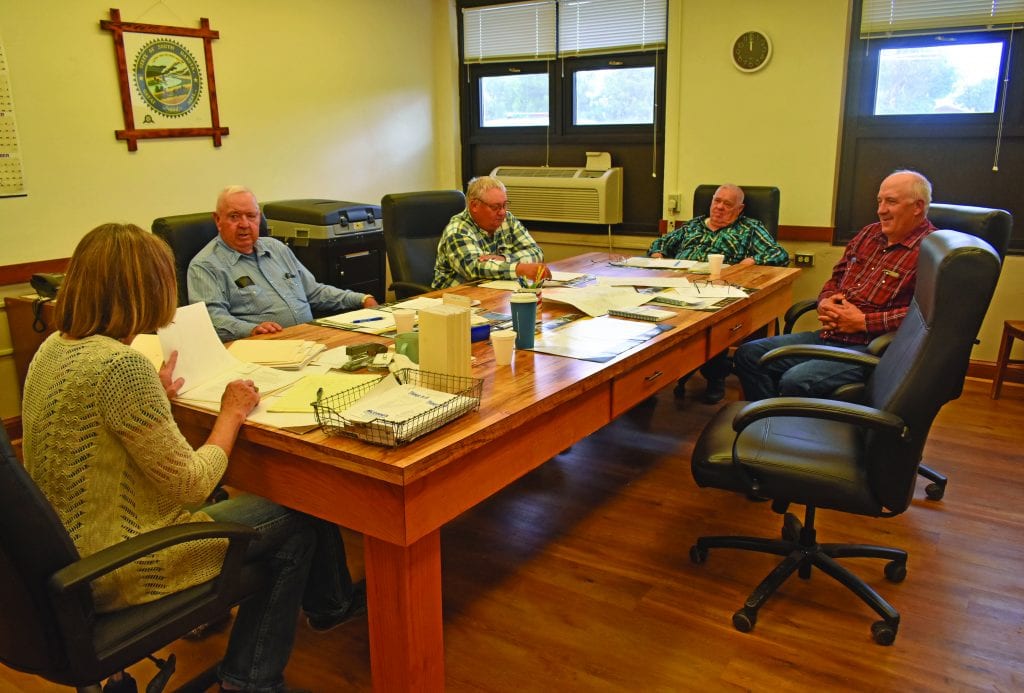 EAGLE PHOTO BY ALAINA BEAUTIFUL BALD EAGLE
Ziebach County Auditor Cindy Longbrake talks to county commissioners about changes to the health insurance coverage offered to county employees. The deadline for a decision on a new health insurance plan is November 15.

Ziebach County Commissioners held their regular meeting on October 3 at the County Courthouse.

The meeting was called to order by Commissioner Chairman Clint Farlee, and proceeded with approval of the September minutes, before moving on to new business.

The Commission then met with the County Highway Department to discuss the five-year highway and bridge improvement plans. Two bridges within the county are slated to be repaired – Flint Rock bridge and the bridge directly north of Dupree which leads to the Schuler residents. Both projects have received grants for repair.

Next, Commissioner Phil Knife said he talked with CRST Tribal Chief of Police Chuck LeCompte about the idea of cross-deputizing Cheyenne River Sioux Tribal Police Officers and Ziebach County Deputies. Knife said he would like to present the proposal to CRST Chairman Frazier and the Tribal Council, but explained that historically, the Tribe has expressed resistance to the idea.

“The first comment is always, ‘It will affect our sovereignty’”, said Knife.

“But when you cross-deputize, tribal members still go to tribal courts, and state members go to state courts. So really, you’re just getting more law enforcement officers, but we’re not taking away their sovereignty,” said Commissioner Rick Farlee.

In an over-the-phone interview after the meeting, Knife said he plans to research more about cross-deputizing and the impacts that it may and may not have on tribal sovereignty, but said he believes doing so can positively impact public safety.

“There is a misconception that the tribe is going to pay the deputies money, but that’ not true. All it means is that they are going to be a cop. For example, if something happens in Bridger, they can get there in thirty minutes, not hours, like how it sometimes happens. How will it impact tribal sovereignty? Will it impact tribal sovereignty? There is still a lot more I have to research as a county commissioner before I can present this to the tribe,” said Knife.

After that discussion, the Commissioners moved on with the agenda and talked about replacing old light fixtures in the county court house with new LED lights. County Auditor Cindy Longbrake said recently her office and the nurse’s office on the second floor received new LED lights which was completed for $3,600.00 and $2,200.00 respectively. An old estimate to complete to replace all lights on second floor was originally $27,900.00; however, a new estimate was lowered to $15,000.00. The Commissioners debated about whether or not to complete the rest of second floor.

Commissioner David Pesicka said that they lights needed to be replaced and suggested to “get them done all the same time”. A motion to approve the project was passed unanimously.

After a lunch break, the group discussed transferring State and Local Agreement reimbursement funds from General Funds into an Emergency and Disaster fund. Longbrake said this was needed to be in compliance with regulations. A motion made and passed unanimously.

The next topic discussed was a project to electronically scan and archive six books that contained minutes from 1911. Longbrake said an estimate for the project is $600.00. Pesicka said would he supported funding the project because doing so would be “good back-up in case something happened. It would be good to have those archived.” Longbrake added that having the minutes electronically would also make each page searchable, which be a great convenience factor when searching for certain topics. The commissioners approved the project.

Health insurance was then discussed with Pesicka asking why there was a need to change the current policy, to which Longbrake said was out of her hands, and came as a result of changes from the insurance company itself. After a few minutes discussing the topic, the Commissioners requested an in-depth presentation with the new insurance plan options. Longbrake reminded the board of the that a decision would need to be made by the November 15 deadline.

The board then approved bills and afterward went in a “sewer tour” of the first floor. Longbrake and State Attorney Cheryl Bogue showed the commissioners the areas of the first floor where flooding occurred due to burst of a water line. The ladies recalled how they, and other employees, rushed to clean up the flooded mess. After a plumbing company began excavating the pipes, they found that the pipes were incased in cement underneath the flooring, which was not surprising, given that the building was built in 1930, said Bogue. The pipe has since been repaired, but now there is no water in the women’s restroom on the first floor.

The next meeting is scheduled for Tuesday, November 6. 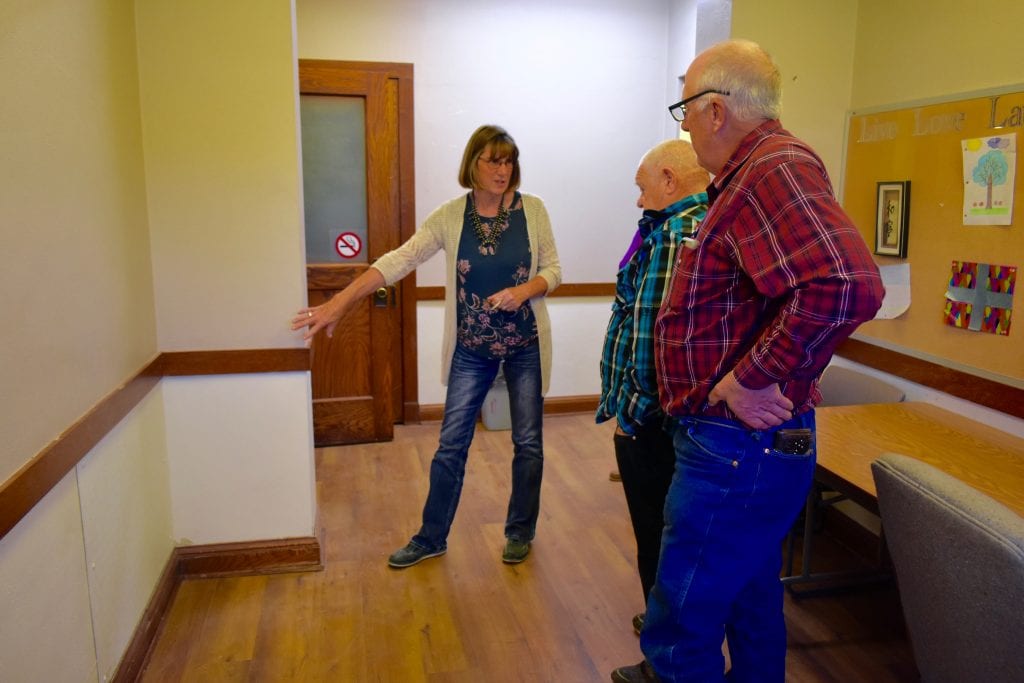