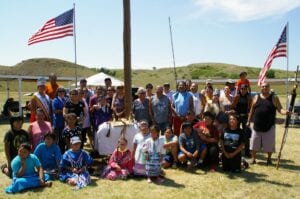 Please contact the West River Eagle to fill in the names of the rest of the family members! Wophila!

Memorial flags were raised in honor of fallen veterans and a Grand Entry honored living veterans. The day began with a celebration of Holy Eucharist and lunch hosted by the Cheyenne River Episcopal Mission.

The winners of the Boys Youth Road Race were Tripp Schrempp (first place), Keenan Clark (second place), Ezekial Marshall (third place). The winner of the Girls Youth Road Race was Tina Shields. Tina ran after leading dancing all day long. When asked where she got the energy, she said, “I’m young. And I have to run because there are people like Grandma Cynthia who can’t. So I do it for them.”

The highlight of the day was a family gathering of over 40 descendants of Chief Iron Lighting/Wakinyan Maza (abt 1845-1921).

The family came together to celebrate the return of a saddle owned by Chief Iron Lighting/Wakiyan Maza and ridden by him in the Battle of Greasy Grass/The Little Big Horn in 1876. The saddle returned to members of the Iron Lighting family after almost 100 years.

Iron Lighting’s wife Red Crane, also known as Shell Necklace, traded the saddle to Adolph Nelson in the early Thirties. The saddle has been in the Nelson/Moyer family for five generations since then. Robert Moyer of Yacholt, Washington, sought out the Wakinyan Maza family to return the saddle in late 2020.

Iron Lighting/Wakinyan Maza had 26 children with his three wives. Many of the descendants who gathered are from his second wife, Pretty Elk. 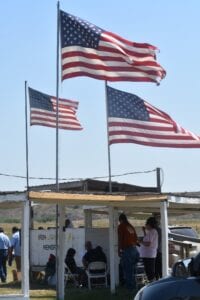 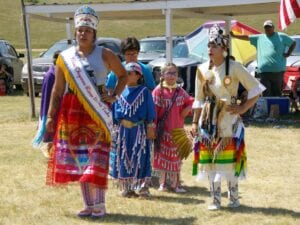 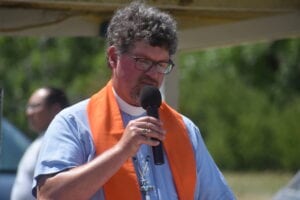 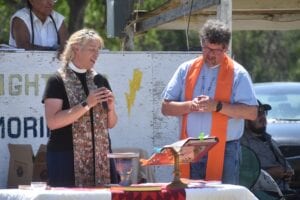 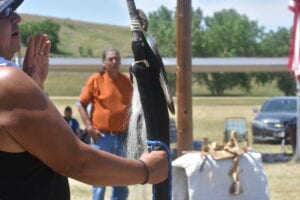 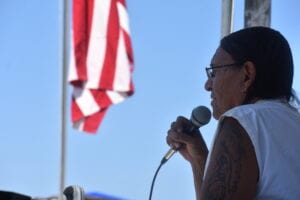 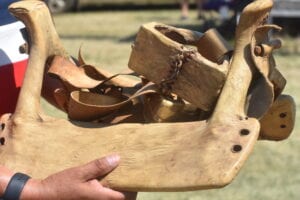 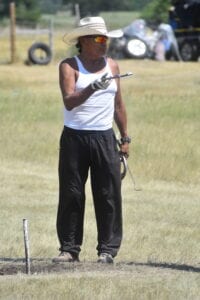 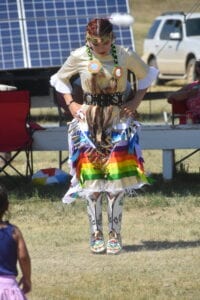 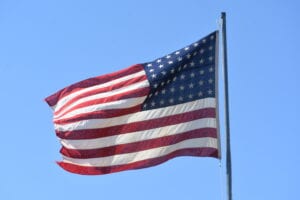 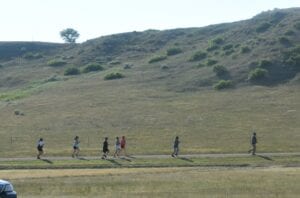 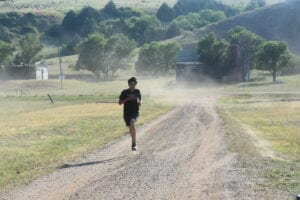 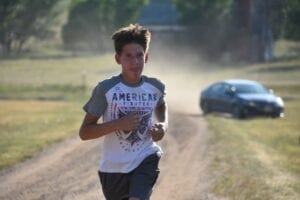 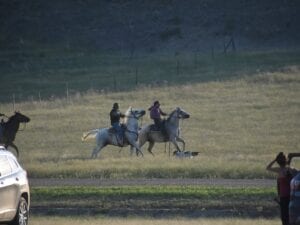 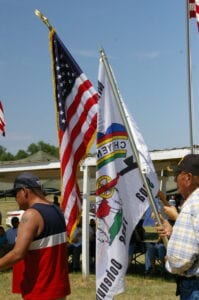 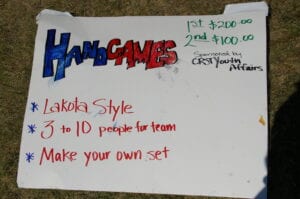 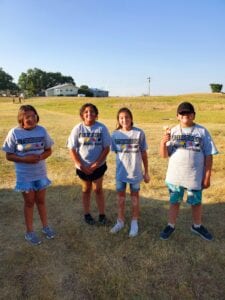 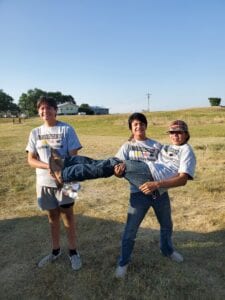 2021 Eagle Butte Hometown DaysRemains of 9 Lakota children who died at Pennsylvania boarding school are returned to RosebudNew mural welcomes visitors to Eagle Butte and proclaims: Mitákuye Oyášiŋ, “We are all related.”