The Timber Lake Boys Varsity team brought home the second place title this past weekened at the Class B Cross Country State Championships in Huron. Coach Donna Aberle commended the boys’ performance and said that this was the first time since the 1960s that the school has placed a state.

“There are three banners in our school for winning the meet twice and one for runner-up. It was the boys’ team goal to get third or better, and we were very much contending for the championship,” said Aberle.

The boys team is comprised mostly of sophomores, with one freshman and senior this year, which Aberle said is an advantage, as the team is still young; however, she did take time to talk about the important contributions senior Beau DuBray has had.

“Being a fairly young team we look to more successful years to come, though the team will sorely miss Beau. He has been a great athlete and even better teammate for four years. His example of continuing to compete even though his pain did not allow him to place as high as he was capable, inspired the other boys to run and train as hard as they could,” said Aberle.

Three runners from Dupree also competed at the race, with seniors Jacob Anderson and Clifton Birkeland competing in their last high school race as Tigers. They placed 28th and 63rd, respectively.

Below are the places and times for each runner:

The day after her race, Daci was already preparing for basketball season and participated in a Sacred Hoops Workout in Spearfish, said Trina, her coach and mother.

In boys’ varsity action, Braves freshman Spencer Moran and sophomore Kristopher Butcher finished their season with strong finishes in 83rd and 91st place. Coach Lends His Horse commended the team and the individual runners for their performance throughout the season.

“In our sport we are a team. We all cheer for each other. We have a great team and I love them all dearly. It was an amazing season and even though we didn’t all make it to state, I am still so proud of all of them,” she said.

Bradyn Brother Of All, a freshman at Flandreau Indian School, and enrolled member of CRST, placed 26th in the boys race. He is son of Laura and Arlen Brother Of All Sr., and the grandson of the late Steve Red Fox and Delpine Red Fox.

Below are the places and times for each runner: 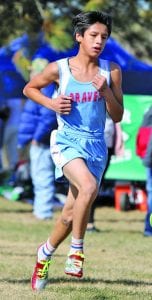 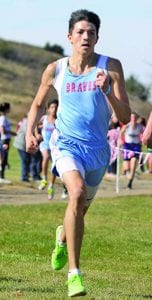 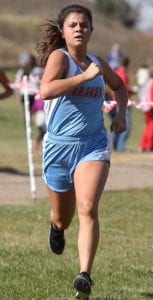 PHOTO SUBMITTED Bradyn Brother Of All 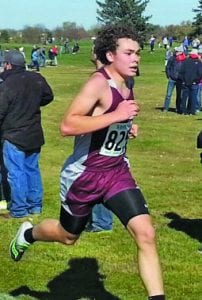 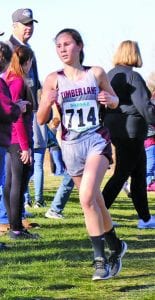 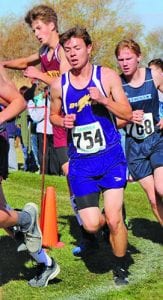 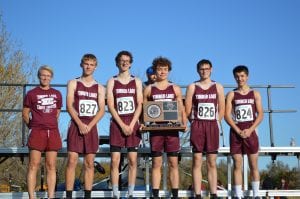