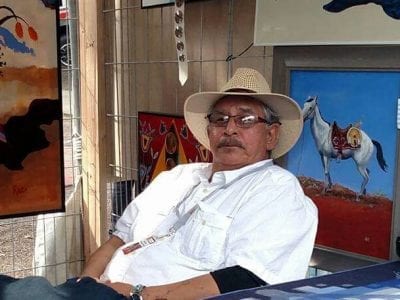 “He hektakiya iya na wicaikicu” He Goes Back for Him


Austin Jerald Rave, age 69 of Iron Lightning Community on the Cheyenne River Sioux Indian Reservation entered the Spirit World on December 21, 2015 in the Rapid City Regional Hospital following a brief illness. Austin was born on August 5, 1946 to Curtis and Helene Dupris Rave. He was born on the Poor Buffalo Home Place along the Moreau River […] 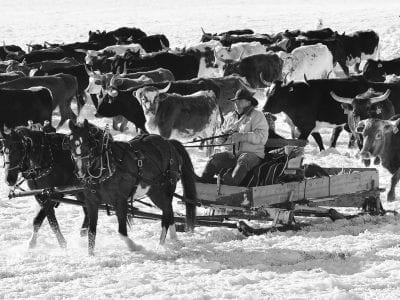 
Johnny Holloway and family still like to move cows the old-fashioned way, by horseback and sleigh.  The crew moved some longhorns last Tuesday east of Eagle Butte back to the ranch. The weather was cold but the sun came out to help warm the drive through the fresh fallen snow. Holloway is pictured driving his two-horse sleigh while daughter Roxee […]

The Sioux YMCA has been very busy for the past month. We have a wide range of programs running from traveling with youth to expand their self-confidence to creating a new program locally for the holiday season, we are focusing on youth development and supplying the communities with stimulating activities. Over the Thanksgiving break two Y staff along with six […] 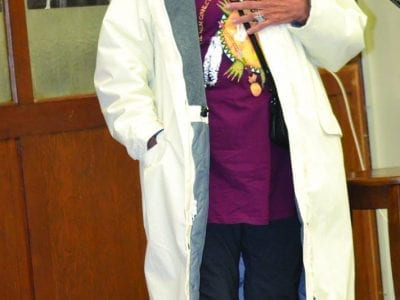 WELCOME TO THE rEVOLUTION

Downtown Rapid City’s The Garage’s cement floors, wide-windowed garage doors, and half risen walls etched out the space in which poets, a magician, activists, the young, the older-but-not-elders and elders gathered for an open mic event honoring Santee Dakota Activist, Writer, Speaker, Musician and Philosopher John Trudell — his life and purpose.  The setting, an old garage converted into a […]

All My Relations ~ Each year, hawkwing provides gifts for the children of Cheyenne River. This is a year long process of fundraising, purchasing needed clothes, toys, personal care items and books. Everyone working on this project is a volunteer.  This year, there was a computer glitch that caused a number of family sheets to be dropped. This was not […]

Emergency Director says be prepared for the cold weather

Just a reminder of the cold temperatures from the winter months.  The ice storms and heavily snow are not the only winter weather conditions we need to be mindful of.  We also need to think of the Wind-chill factor.   The combination of the cold weather and wind speeds can reduce the temperatures dramatically.  For example if the temperature was […]