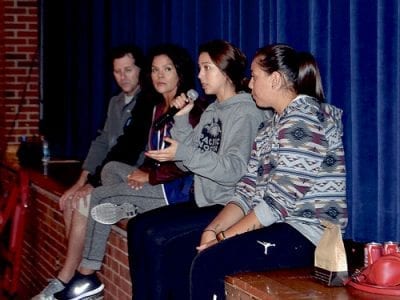 For the second time in two years, the Schimmel family has journeyed to Cheyenne River to share their personal journey from the Umatilla Reservation in Oregon, to the national spotlight playing Division 1 NCAA basketball and for Shoni, playing in the WNBA.  Just a few short years ago, most people probably never heard the last name Schimmel, but over the […]

Chairman Frazier to meet with DC officials this week


CRST Chairman Harold Frazier is on the road this week as he is scheduled to meet with South Dakota legislators and high -ranking Federal Officials in Washington D.C. this week. The visit will meet with officials in an attempt to increase awareness with those in D.C. of the short falls and roadblocks the tribe is facing in the areas of […]

Snow Queen contest to be held December 5 in Eagle Butte


An image of the new license plate design for the 2016 South Dakota license plate reissue was unveiled today.  The current plate design has identified South Dakota motor vehicles since 2006. Many existing plates are succumbing to age, damage and loss of reflectivity, all of which can create readability problems.  The design was a cooperative effort led by Gov. Daugaard, […]

A column by Gov. Dennis Daugaard

Several years ago, I became aware of a problem with our state’s criminal justice system. South Dakota’s imprisonment rate was higher than any of our six neighboring states. Per capita, we were locking up 75 percent more men than North Dakota and four times as many women as Minnesota. Worst of all, our high imprisonment rate wasn’t making our public […]


South Dakotans continue to suffer from overreaching, misguided rules being promulgated by the Environmental Protection Agency (EPA). Since President Obama took office, the EPA has issued more than 3,300 new final regulations, averaging more than one a day. Last year alone, these rules resulted in an estimated $42 billion in compliance costs, and the public has been forced to foot […]

The last couple of weeks have brought unexpected and unwelcome news to millions of seniors and disabled people on Medicare. Their already high out-of-pocket costs are going to get higher. For some, premiums for Medicare Part B coverage that pays for doctor and outpatient services will go up as much as 52 percent. For everyone Part D premiums, which cover […]

Perseverance. The message, shared in many ways, boiled down to perseverance.  Persevere means “to persist in a purpose, an idea, or a task in the face of obstacles or discouragement,” according to the American Heritage Collegiate Dictionary.  Both Shoni and Jude Schimmel and their parents Ceci and Rick Schimmel, shared personal stories with C-EB students and parental advice with C-EB […] 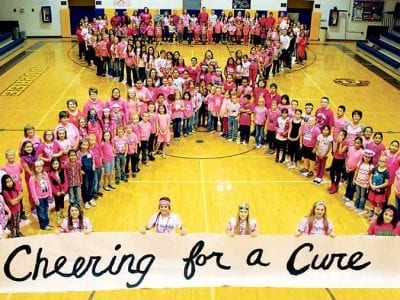 DHS went pink once again this year when the Dupree National Honor Society held a Think Pink Day at Dupree School on Monday, October 19th. The Think Pink festivities, which were accomplished by joining forces with the DHS Student Council and Volleyball players, were in support of breast cancer awareness month and in memory of past staff member Vicki Young.  […]


Vallietta Laplante, 84, of Pierre died on Monday, October 12 2015, at Avera St. Mary’s Hospital in Pierre. Visitation was held from 5:00-7:00 p.m. Thursday at the Isburg Funeral Chapel with funeral services at 9:00 a.m., Friday at the Trinity Episcopal Church in Pierre.  Interment will be at 1:30mst Friday at the Black Hills National Cemetery near Sturgis.  On the […]